In my previous post 3D printing cool scenes, I cover some quick work I did to squeeze a 3D print out of an OpenDroneMap reconstruction. It’s hacky and uses non-free software, so we go a cut deeper.

A couple days ago, stumbled upon Instant Meshes which is super interesting. I thought I would give this a spin as a replacement for that other non-free software I used in my original post.

Plus, it’s got a super cool icon: 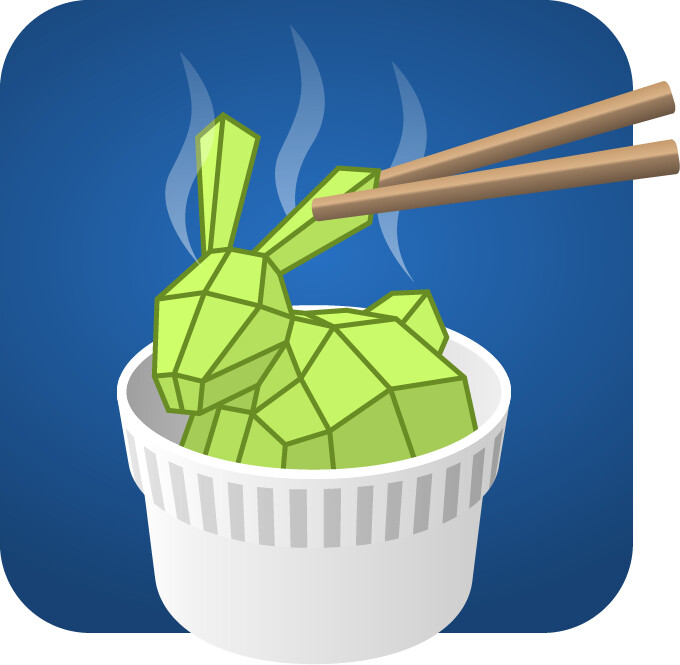 TL;DR: it mostly works. On Ubuntu, I can only get the gui to launch 1 out of 20 times, but maybe it works well on Windows and Mac. And the command line tool works fine for me.

So, let’s try printing something else:

One of the more compelling parks in Northeast Ohio is Hinkley Reservation in Hinkley Township, Ohio. It’s part of the Cleveland Metroparks, and it has Sharon Conglomerate ledges (sandstone with quartz gravel inclusions) that have lots of cool properties, including huge water storage and water flow capacity, and people like to climb them. 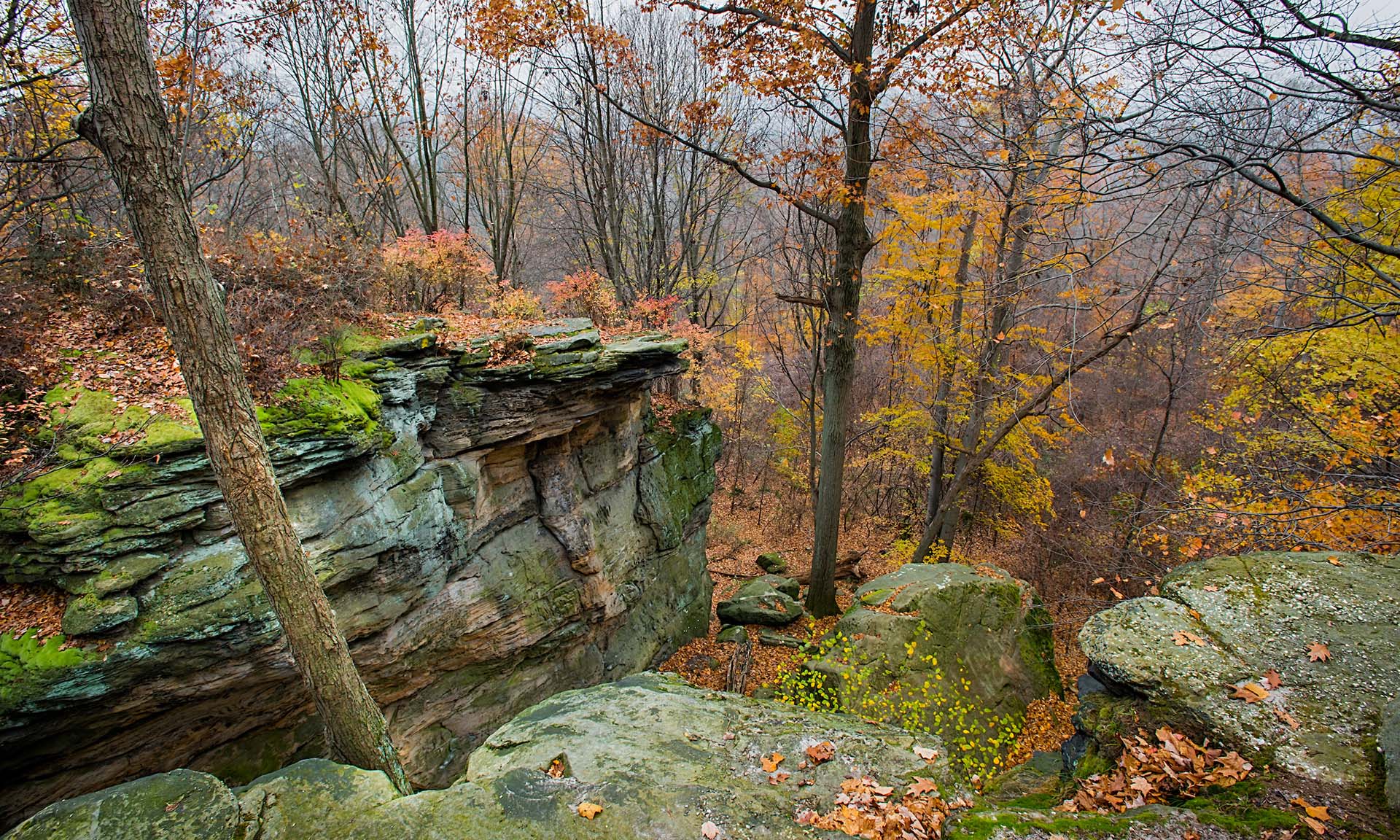 From the top of Whipps Ledges at Hinckley Reservation on November 16, 2016. (Kyle Lanzer/Cleveland Metroparks)

I’ve done a bunch of blog posts on the mapping of that area with OpenDroneMap starting with this one:

Reconstructing cliffs in OpenDroneMap, or how to beat LiDAR at its own game

From the top of Whipps Ledges at Hinckley Reservation on November 16, 2016. (Kyle Lanzer/Cleveland Metroparks) LiDAR and photogrammetric point clouds If we want to understand terrain, we have a pri…

Alright, so let’s print a mesh! We’ve got a better-than-lidar mesh from this December flight. Let’s turn this into something tangible. We download the mesh like we would any other time, and get a directory that looks like this:

We only need one file from in here, and it’s this one:
odm_textured_model.obj

Let’s clean up the mesh our obj file can be opened in a text editor, so we can see how many faces it has now (which gives us some idea of how many we want to retain in the end):

So we probably don’t want to go over a couple hundred thousand vertices for the final version. Let’s load this in Instant Meshes: 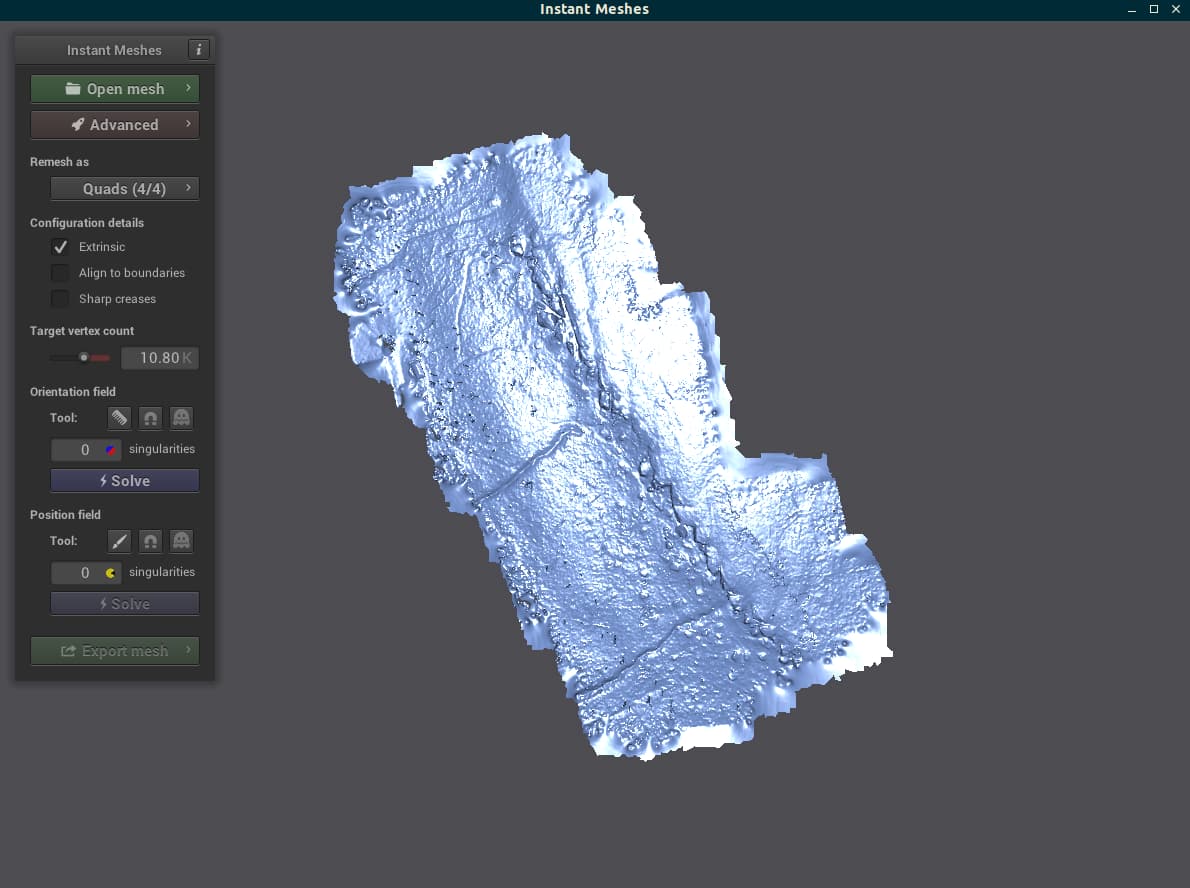 In this case, it’s setting our output 11k vertices, we’ll turn that up to 150k just so our conversion process isn’t too lossy. We click the 1st solve button, 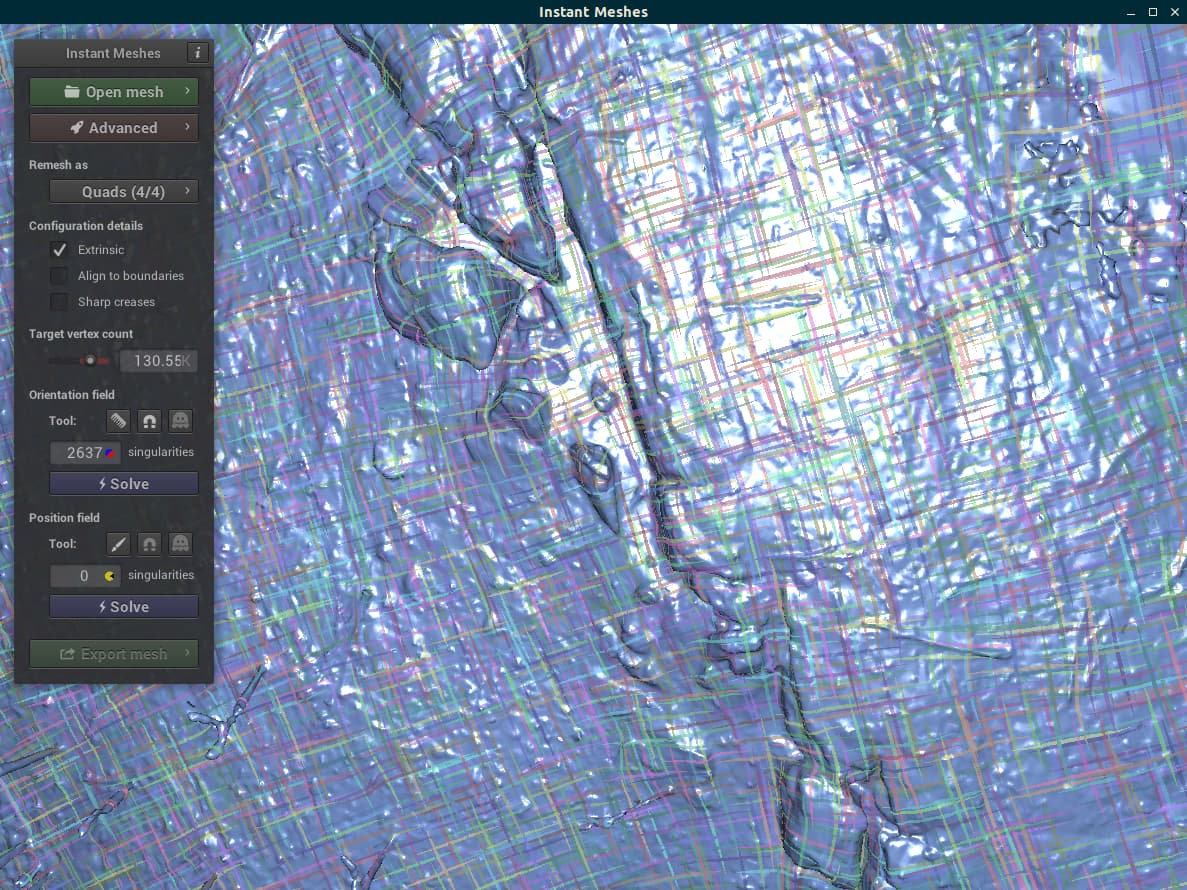 take a look at the output, and if satisfied, click the second solve button, 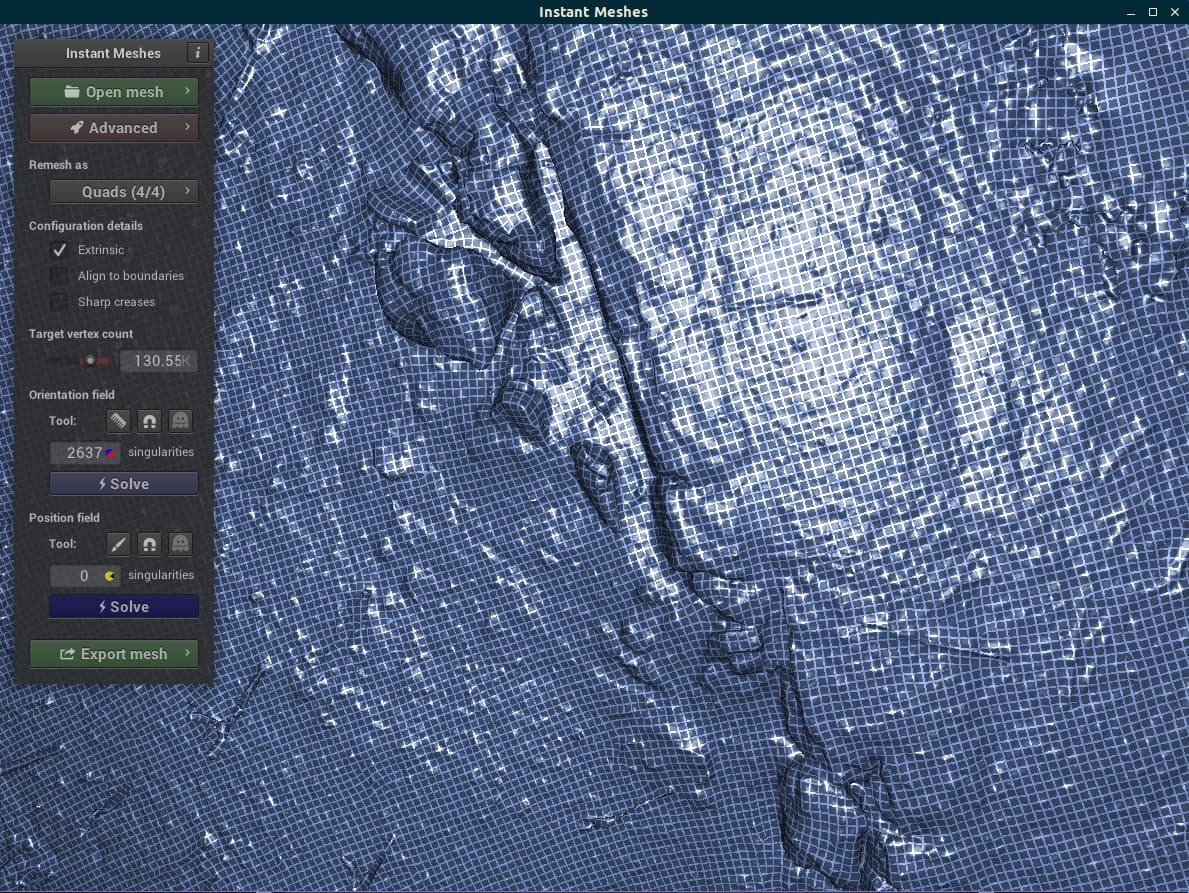 and then choose “Export Mesh” and then “Extract Mesh” 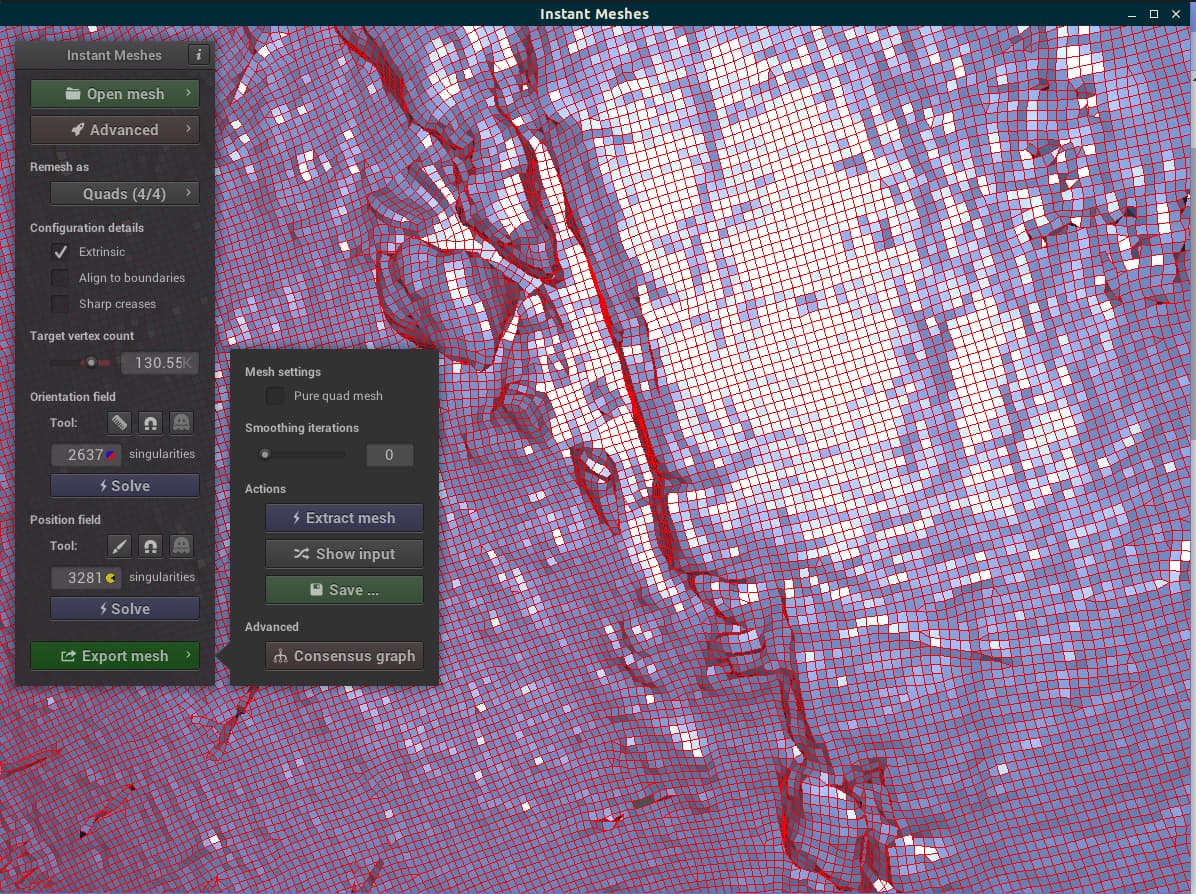 And now we can save that mesh out!

Next step: Manipulating in Blender.