Hi there, I already had an temp. setup on my desktop and now I try to create a new docker based setup on my server. This machine is a OpenMediaVault5, that is basically a Debian 10 enriched with a admin webfrontend and docker 5:20. I start with the current git as the docs say.

But when I fire up the skript, I just get an: ERROR: unauthorized: authentication required when it tries to apply the first pulled image

I’m a docker newbie, so it’s hard to understand if this is dedicated to get the repo, or if it’s a permission problem for the docker service?

In general there don’t seem to be a problem:

Any ideas how I can fix this issue or provide further infos? 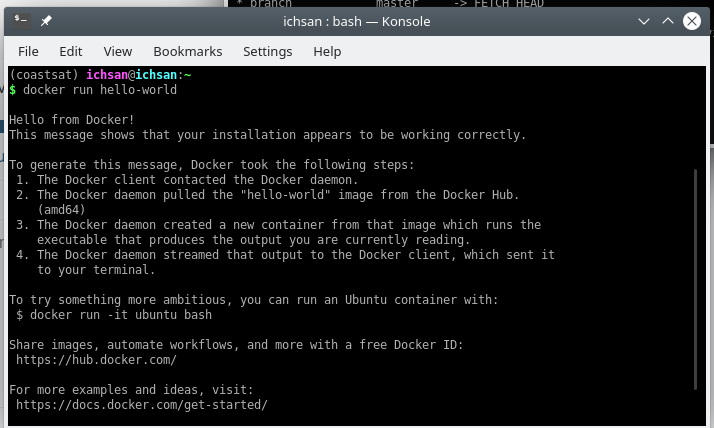 Did you success run docker hello-world without using sudo? If your docker must be run by using sudo, I think WebODM should be too.

But I prefer run docker without sudo, I can run hello world without sudo as previous screen shot.

Are you actually using root? Why then using SUDO?

Can you give the output of:

Hi folks, thank you very much for your support.

I’m sorry for my sudo glitch in the post, of course I’m just root on Debian and the line works also without sudo.

To me run as root user looks good?

Today I tried also a ./webodm.sh rebuild which run successfully. But the web start also fails. I will see, if there is a chance to update to a more recent docker version?

Ok further investigations reveal, that there was a 10mins time drift, because the NTP doesn’t seem to work. A known bug on OMV5 with incomplete DNS setup.

Fixing this, also fixed the docker problem! Thanks man!