Create aerial imagery base on 360° pictures

On the SOTM US 2020 there was a Talk by a company pixel8 which generated aerial imagery like data based on 360° camera footage and the point clouds that where generated from that data.

Video: A Satellite in Your Pocket: Ground Based Action Cameras to Create Aerial Perspective for OSM Editing - YouTube
Example from the Video:

However, it looks like the company pixel8___earth/ does not exist anymore. But I did find a few links

So I am wondering, if there is a (reasonably easy) way to create this kind of data with OpenDroneMap or a similar process.

In my mind this setup could easily become more useful than the drone based process of data-capturing since creating 360° images is so much easier and can be taught a lot easier to more people. Also, for cities like Berlin drones are a no go for most situations, but 360° images are OK to take.

I remember Pixel8 as well!

We should be able to handle this type of data, though depending upon the camera, we might not automatically select the proper lens model.

Have you any data to share to experiment with?

Hey Saijn, thanks für your reply! Will look to provide some good sample data, captured with a GoPro Max. I assume that having multiple “lanes” of images for one area is important… will capture a few variations in a few weeks.

Depending on the current format of these data (especially if they’re in a video format)you might need to do some pre-processing with e.g. 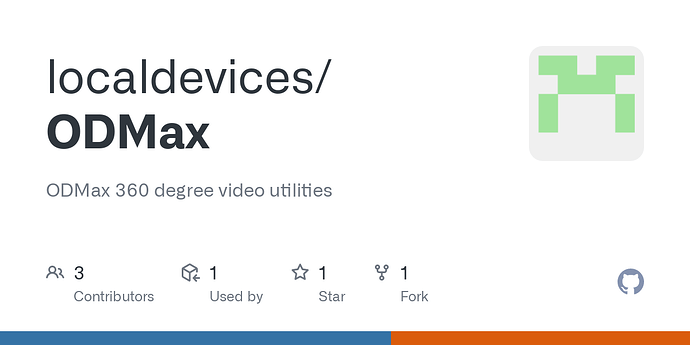 Let us know how it goes!