I have just updated Docker to v4.12.0 (Mac with Apple silicon) and I am getting strange performance.

My first two processing runs were fine (2000px then 2500px) but then, after repeating the exact same settings as the second one (2500px) with exactly the same set of 240 images, I get ‘Not enough memory’ even though the run was successful only a little earlier. I also noted that in the Docker resources the Disk Image size remains unchanged even after 4 runs. Normally it increased by say 5-10Gb each time.

I attach the settings used for three consecutive runs, the last two of which failed, as shown in the ‘task list’. I also show the resources page both before and after all four runs. 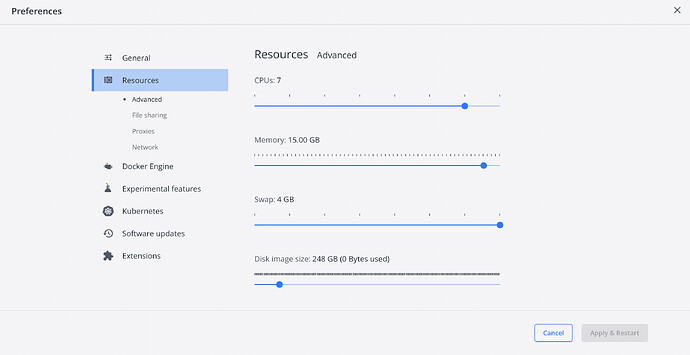 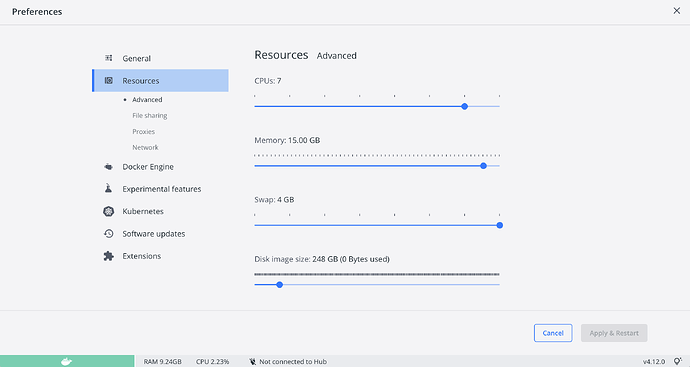 This is strange behavior in that I can understand that 'Not enough memory might occur if I have too many photos at full size and if I set PC Quality to Ultra etc, but I set the variables to those that would work fine for my system and it did the first time and then didn’t - something is not right here.

I am inclined to reverse the update - I should be able to do that?

Strange that it happened after an upgrade, but note that 16GB of RAM for 240 images on Ultra might be close to pushing the limits; I wouldn’t be surprised if it runs out of memory.

I agree that I was pushing the limits but I have come down to High quality and it still runs out when I’ve had good results before.

I’m going to uninstall Docker and start again with V 1.10.0