I am trying to project bboxes defined in camera coordinate onto world coordinate using the parameters stored in /opensfm after orthoimage generation based on ODM with precision gcp information.
An issue is that I observe a slight global rotation of the projection compared with (seemingly) more precise projection based on Metashape (see the following animation).

I assume the possible reason is that there exists some levels of biases in extracting camera origins and the bearing vectors, but I am not sure.
I’ll highly appreciate if you contribute to finding the reasons and sharing the solutions with me.
The detailed procedure of the projection is as follows,

as per this discussion.

as per this discussion

Note that I need to put two concats because the number of rays should be more than one for the following procedure 12.

I add some more materials for (hopefully) active discussions. 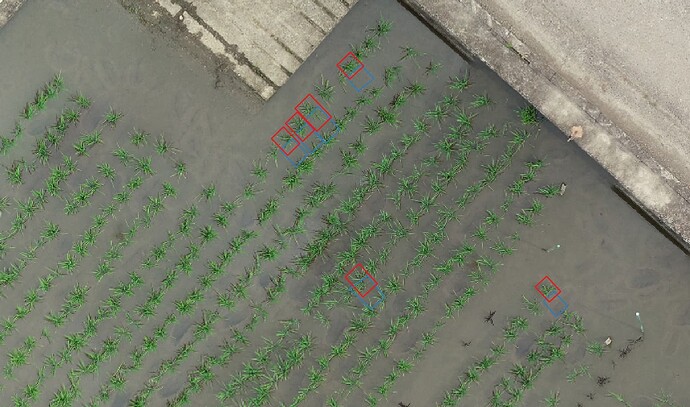 The mapping of each vertex has been done by the following lines.

As for the accuracy of the georeferencing, please see the following GCP error details and the projections. 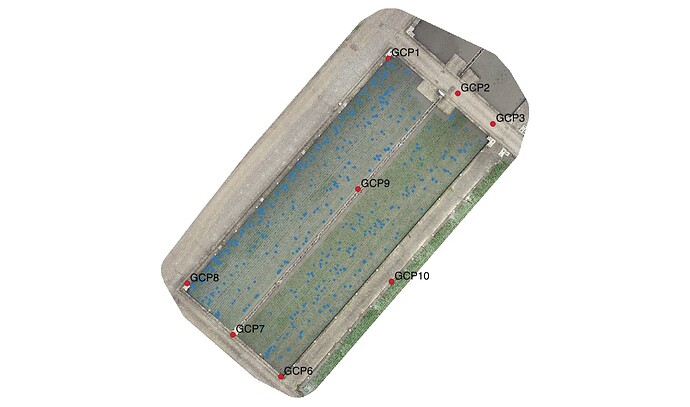 I don’t see any significant error in ODM georeferencing that would cause the global rotation.

Does anyone have any idea?

This is some in-depth analysis going on…

Could you help us out a bit with understanding your system and the software packages you’re using to get these results?

But also for MetaShape. There can be significant changes in behavior between different versions of the same program.

At first, I made the ODM project via docker on Windows 11 by using the following command.

Then, projection of bboxes defined in camera (image) coordinate onto world coordinate was done by mapillary/OpenSfM on Ubuntu.

Hmm… So to be clear, you’ve not tested this behavior under our current v2.8.4 release without any other customizations, correct?

Would you be able to to see if there is any difference?

Thanks for your suggestion.
I downloaded the latest soruce codes (v2.8.4) from https://github.com/OpenDroneMap/ODM/archive/refs/tags/v2.8.4.zip, then built a docker image in Windows 11.
The result was more or less identical to the previous … (see the following image. Red polygons: Metashape’s projection, dashed blue polygons: OpenSfM’s projections). 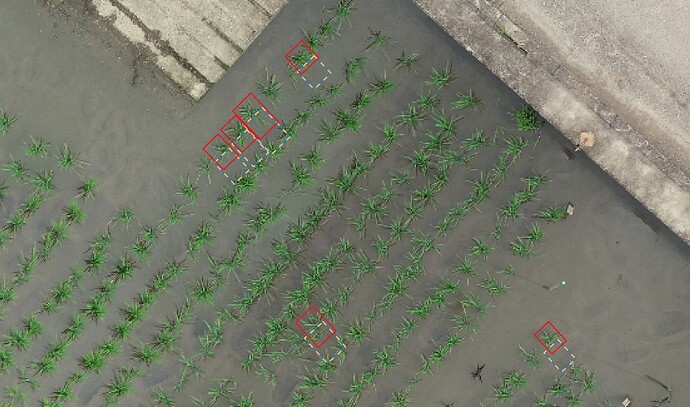 This time, the project was built by the following command with some customizations.

I also compared the result with a result without any customization (dashed orange polygons in the image) to see there is no difference occurred by the options.

And as a final run, would you be able to test it without GPU acceleration as well?

We’ve noticed some differences in reconstruction behavior between the CPU and GPU pipeline in the past and I don’t know if that will influence the rotation you’re finding or not.

Comparison between CPU and GPU. 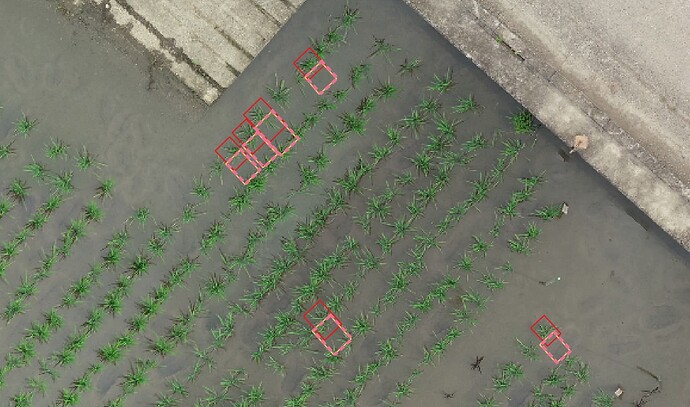 CPU’s customizations is as follows,

The difference between GPU and CPU seems to be minor.

Beautiful stuff! Thank you so much for taking the time to help test out the various combinations and to ensure current builds are tested as well.

At this juncture, I’m not quite sure what could be going on here for this systematic error.

Would you be willing/able to open an issue with what you’ve provided above with OpenSFM’s GitHub, or would you prefer that I do so for you?

At this juncture, I’m not quite sure what could be going on here for this systematic error.

I’ve just been looking at Google Earth images to see what date images are being used in WebODM, and noticed a slight rotation between GE and what is shown in WebODM. Could that be the issue here? 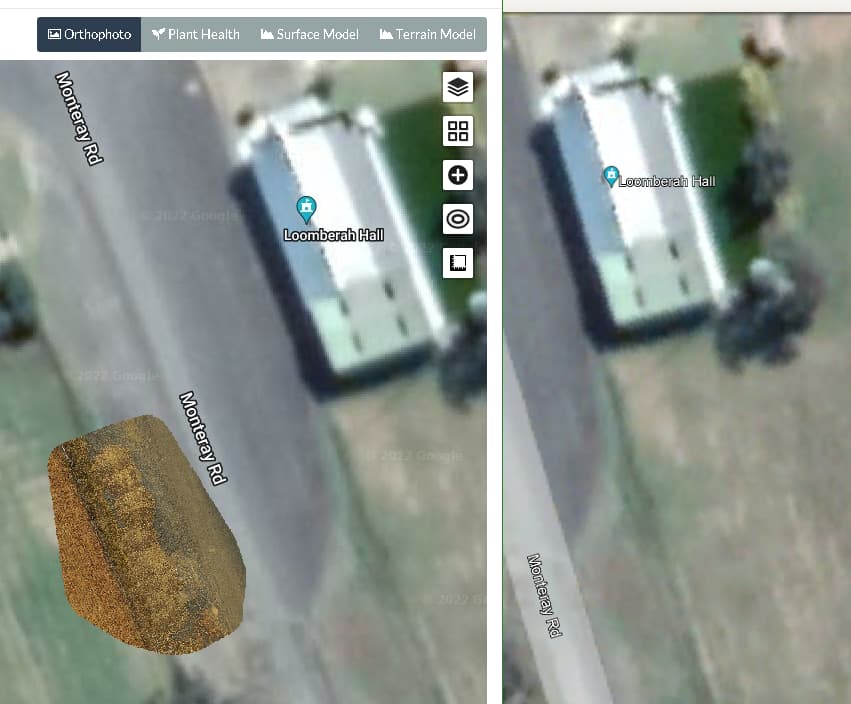 It looks like the trial plot boundaries which appear to be surveyed are rotated when reconstructed via OpenSFM/OpenDroneMap, irrespective of the background. Or at least I hope the boundaries were surveyed not from Google Earth imagery.

But yes, it’s interesting that the canvas has a slight difference between Google Earth and our basemap…

@kuniakiuto, can you please provide a bit more detail about how the boundaries of the plots were established? RTK survey for the corners of the plots? I’m trying to see how we can approach looking further into this, but in order to do so, we need to be confident that what we’re looking at is pretty unambiguous ground-truth data.

Thank you!!
The GCP locations were collected by a RTK W-band bluetooth GNSS receiver (see the following link).

I believe the positional accuracy is less than a few cm.