Hi,
I’ve just begun to use WebODM, so I’m not very expert. I’ve tried to elaborate one dataset and I’ve obtained the points cloud and the 3D model, but I have a problem genereting the ortophoto and the DTM. Basically I have a blank file, I’m probably doing something wrong.
I have these two messages of errors:

I attach two images with the parameters that I used for the reconstruction, maybe I did something wrong.

Can anyone help me? Thanks! 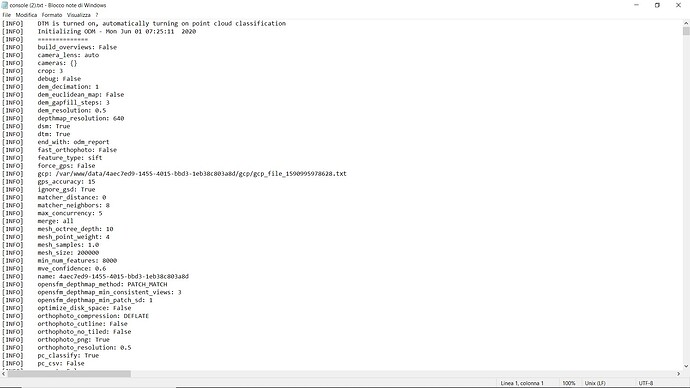 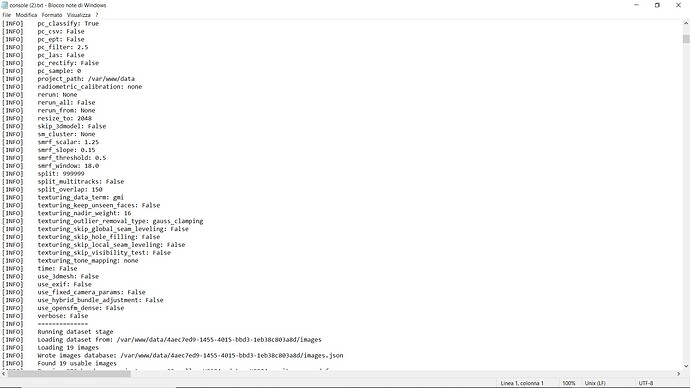 I’ve tried to elaborate the same dataset without GCP and at least there is something in ortophoto and DTM files, obviously it’s something useless because I don’t have GPS data in the EXIF file (I used a Fujifilm camera, XT-100), but now I can see something. So maybe the problem goes with the GCPs, I attach the file that I used. The points were misured with a Total station (the altitude is not above sea leval, but it is related to the local system). Thanks. 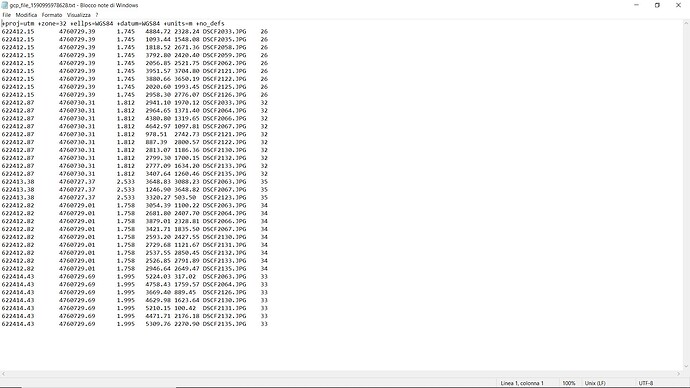 I have done some changes in the parameters and now it seems to recognize the picture frame, but the ortophoto is black and it weights too little. I’m proceeding empirically because I have no idea of what parameter causes this problem. Hope someone could help. Thanks. 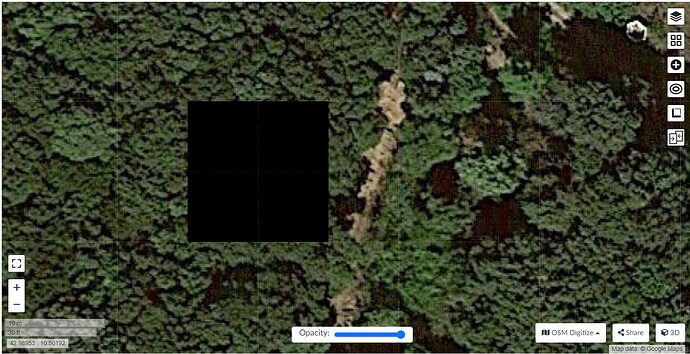 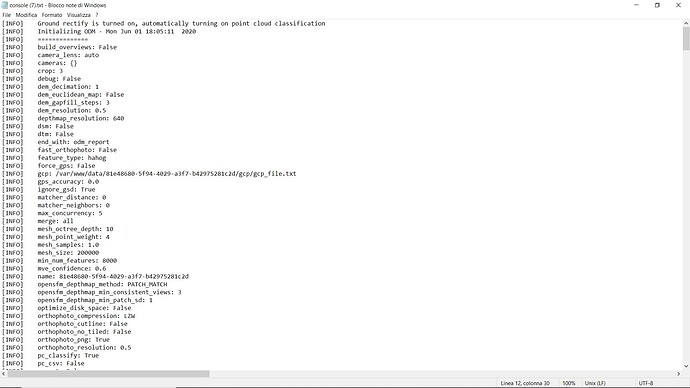 I’ve tried also with another dataset with photos taken by another camera, but I have the same result…with the GCPs I have no Ortophoto and DTM (but I have a 3D model scaled, so the software recognizes the gpc file), without the GPCs something is genereted. I really hope that someone can help me.