Never-the-less, I wanted to understand the effect better with a long-running 8k+ dataset. We statically fix bundle_interval which is the main knob on the exponential increase in time with SfM. It defaults to 100, which means the global check on the incremental approach gets triggered every 100 images. In other words, images are added to the reconstruction 1 at a time with local matching and orientation, and then every 100 images, the whole pose model is adjusted to make all the cameras consistent globally. Incremental in this case is a local/global approach unique to OpenSfM, and borrows from video SLAM approaches in order to have global-like accuracies with something closer to local SfM efficiencies.

We can see when this 100th step happens in the logs, e.g.:
docker logs unruffled_dhawan | grep "naive"
yields:

If I plot this sequence of additions according to time for the first 3500 images, I get something I expect, a exponential curve: 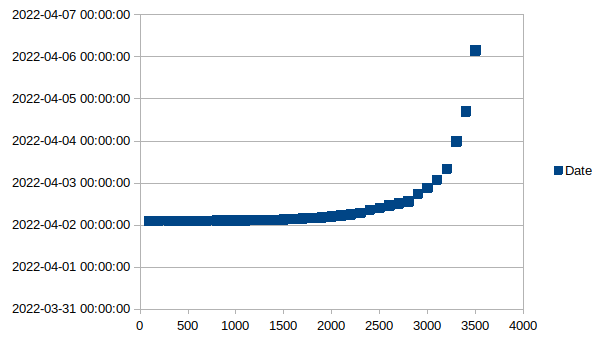 But at image 3600, it gets pretty interesting: 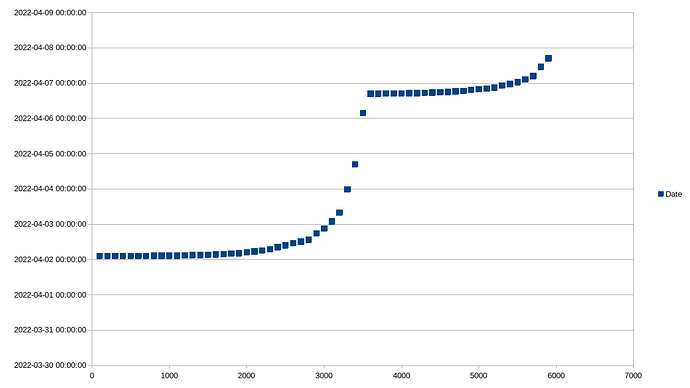 This is a pleasant surprise. What kind of magic is this?

Re-alignment will get triggered every 100th new camera (assuming you’re using --use-hybrid-bundle-adjustment) - or - when the point count increases by 20%; if you’ve flown a cross pattern for example, I could expect fewer points to be added during the addition of cross-pattern images, which might explain the time observations.

Each of those points in the graph is every 100th image.

Flightwise, it is nothing complicated. This is a set of flights originally intended for aerial imagery, so no extra effort to improve calibration or 3D outputs, just lost of flight blocks and a couple different camera platforms, i.e. standard mower patterns: 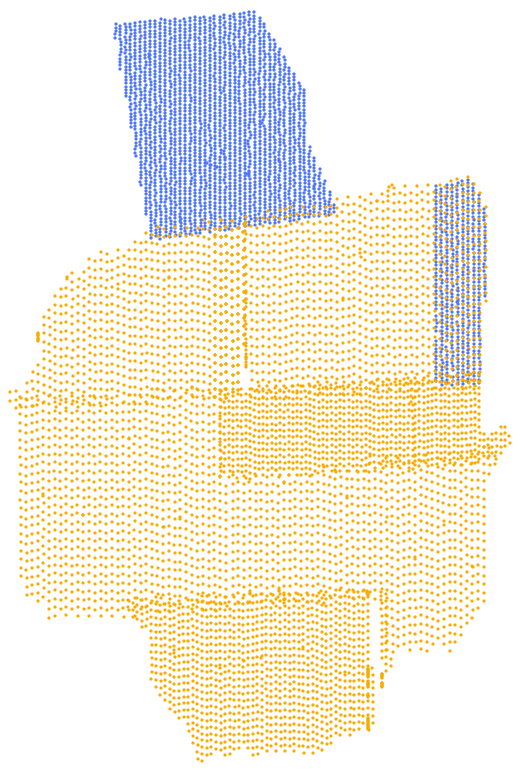 And if we just look at the number of frames added by time, it looks, unsurprisingly a lot more linear: 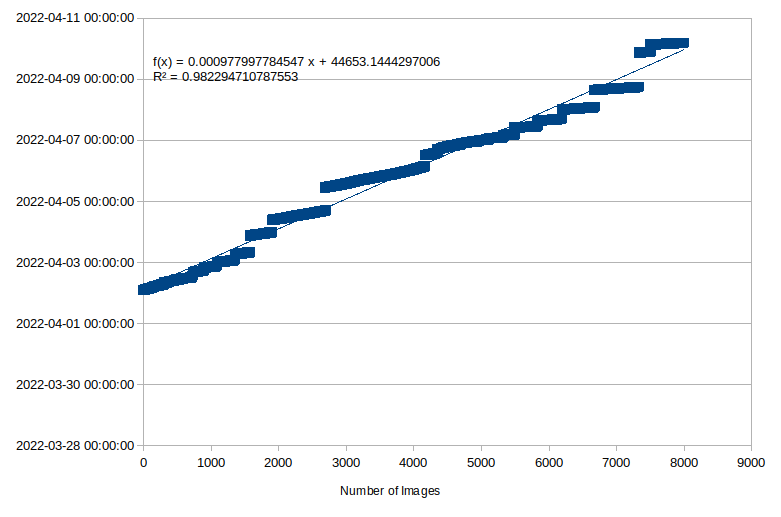