2 projects:
FIRST 1200 photos(prev used on ODM), appeared to lock up after about 10 or so hours, the manually stopped by me after another 12-13 hours of seemingly no activity
SECOND 700 photos appeared to have locked up up after 3 or 4 hours and has been stopped(?), for the past 11 hours. I am about to kill the project and use a less than 30 or so photo project

I use a Hubsan Zino Mini SE
My methodology is somewhat questionable, since I have no auto control of pictures … I can control location, speed, direction and distance, but have no worthwhile control over photos. I can take photos every x seconds, but not every x feet(meters).

North is usually the same direction throughout(plus or minus a degree or two), speed is generally about 3 meters/sec and there is "generally ample overlap … sometimes more or less but almost always(if not always), about 80-85+ percent overlap on line and about the same laterally.

just ran 167 photos … all 80% or better overlaps, along a road(newly paved & marked/sharp), and back & forth on 3 lines
Bounds Not Valid & Cannot process data set …
Maybe it’s time to try Lightning, but I installed Lightning, a month ago and it doesn’t seem to work …

appeared to lock up after about 10 or so hours,

Does that mean no changing of memory use, no virtual memory read/writing and no CPU use by Python/WebODM?

What are your system specs?

I’ve had no issues so far with the update.

Can you please provide processing settings, logs, computer specifications, and your dataset so we can try to reproduce the issue?

all the processing settings are default, except resolutions was set to default(after the high resolution didn’t work)

I have the data sets … some up to 2251 photos(worked great on previous WebODM, appears to not work on latest version, as 2 smaller dataset also did not complete. I have a very short 30 photo dataset that looks a little “goofy”, along a roadway centerline. I also have the report.txt, on the projects

How would I actually send the datasets(photos?)

That will seriously limit the size of datasets you can process within a reasonable time.

How long did the 2251 images take to process, and with what settings? What size is your virtual memory/paging file, and how have you got it set up (min / max etc)?

You’d need to post the photos somewhere from where others could download them, Google One, Dropbox etc.
That size dataset takes a significant amount of time with my 96GB RAM.

As far as settings, Min/Max, etc, I used all defaults … was considering computing control points, then trying to run it in High resolution … was hoping 3 might help.

I have mixed & match various flights together in the datasets, with very good results, excepting that too many high data points make it hard to get to the ground(for another day)

This would be a serious regression, and one we’ve not seen in any test data.

Please provide your test data and screenshots of these regressions.

A quick look through my recent tasks and with high quality feature extraction and point cloud, typically my i7 3.8GHz CPU with 96GB RAM takes 30-40 hours per thousand, so I’m not sure why you can do it so quickly with just 16GB and 2.8GHz processor!

all the processing settings are default,

There are a number of presets, which one are you using? Fast orthophoto will be significantly faster, but it doesn’t do as much as most of the others. 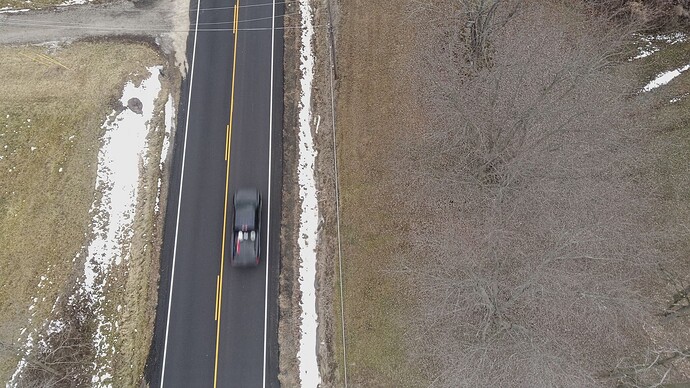 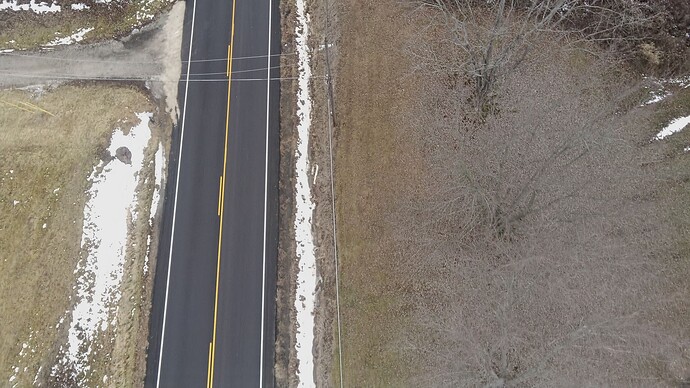 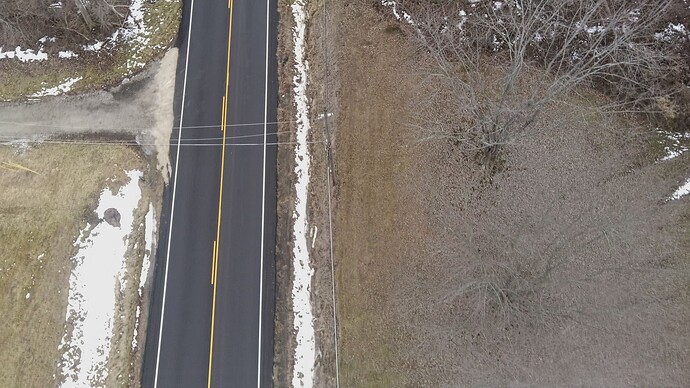 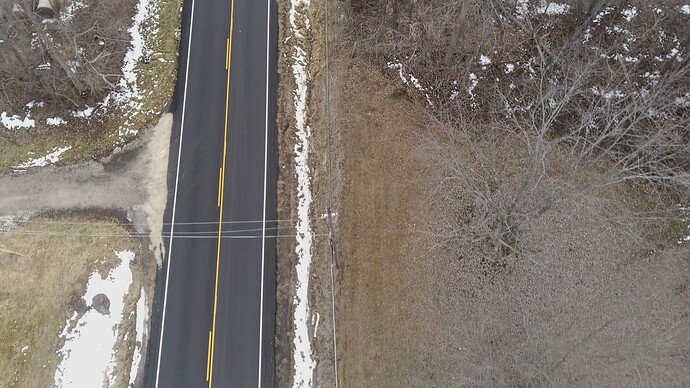 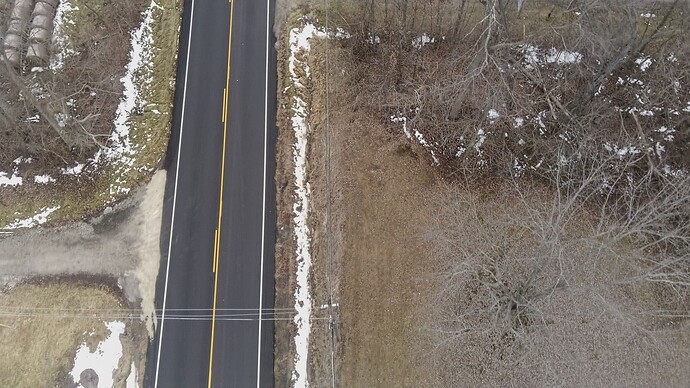 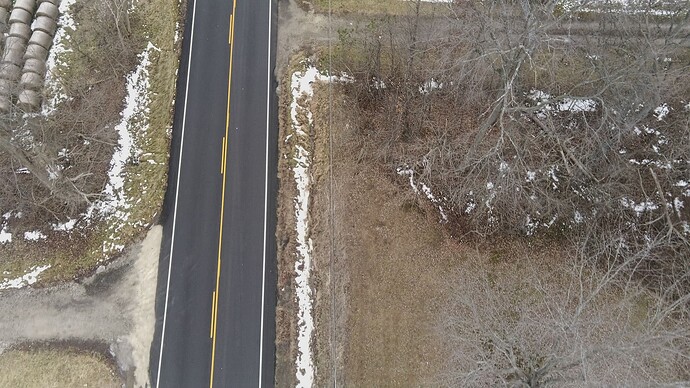 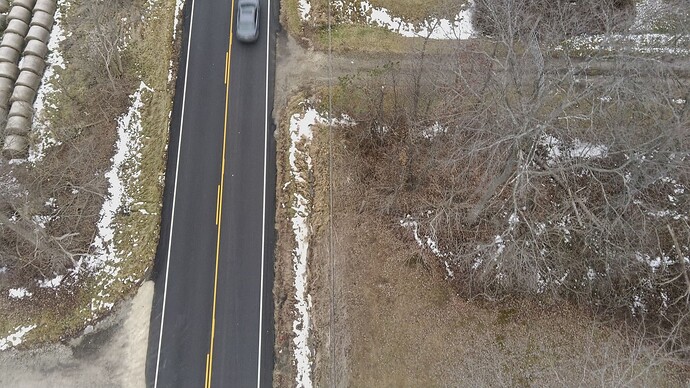 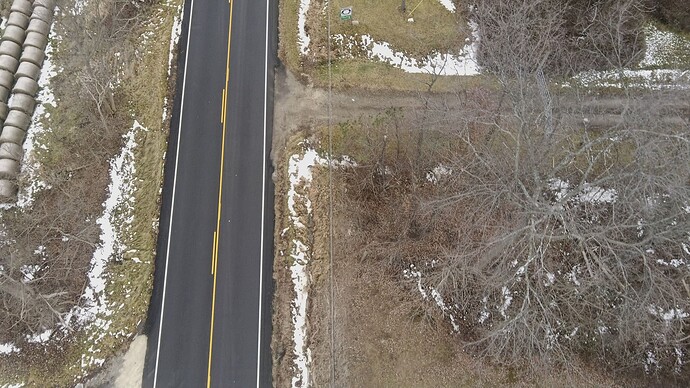 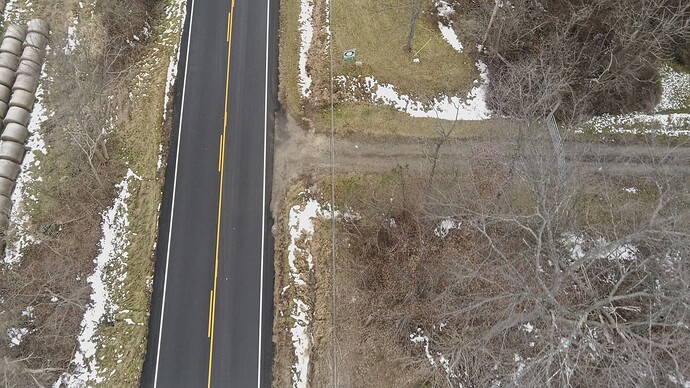 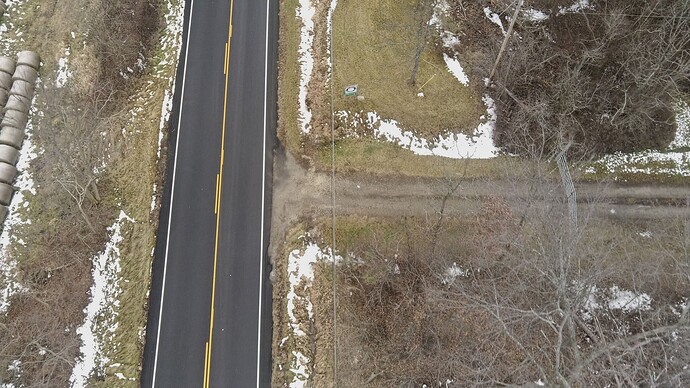 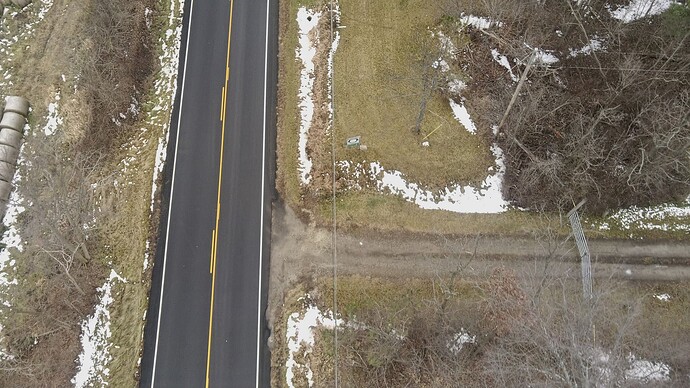 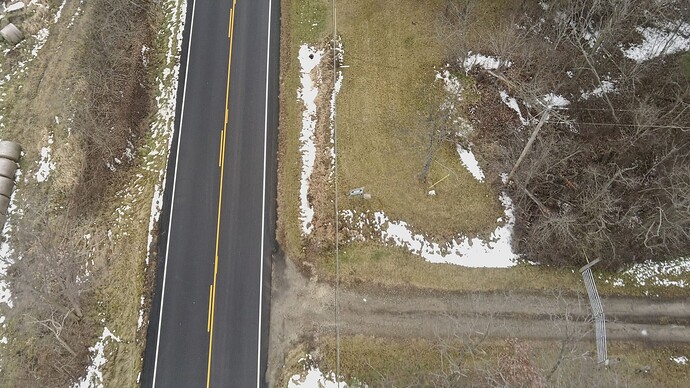 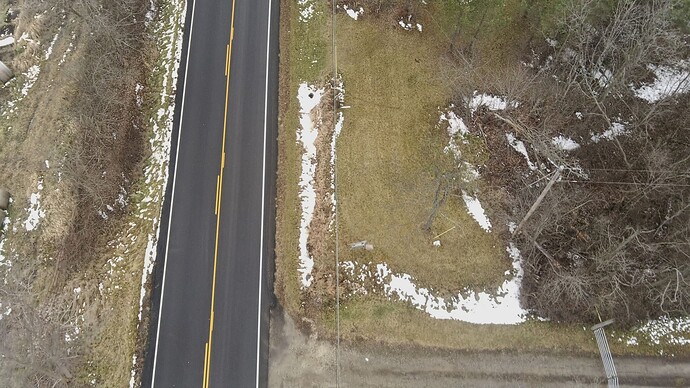 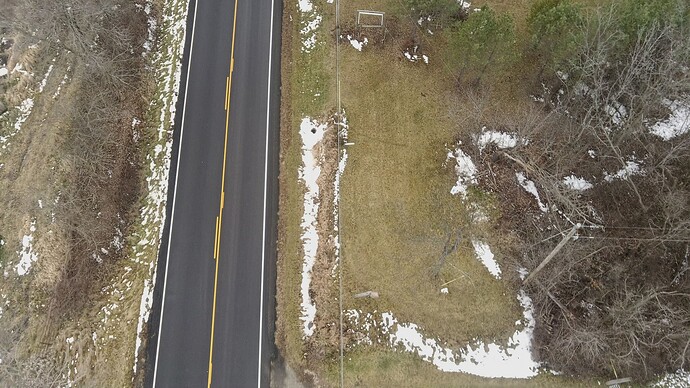 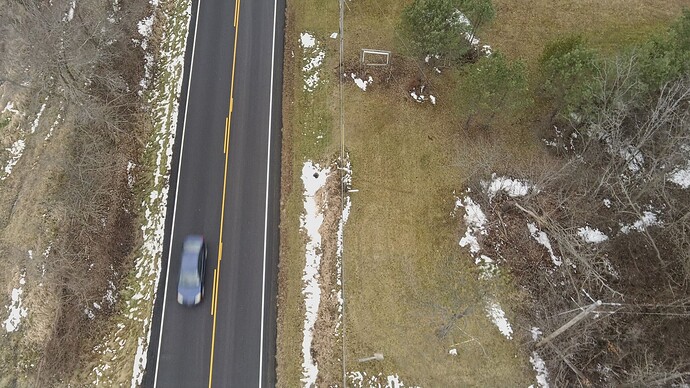 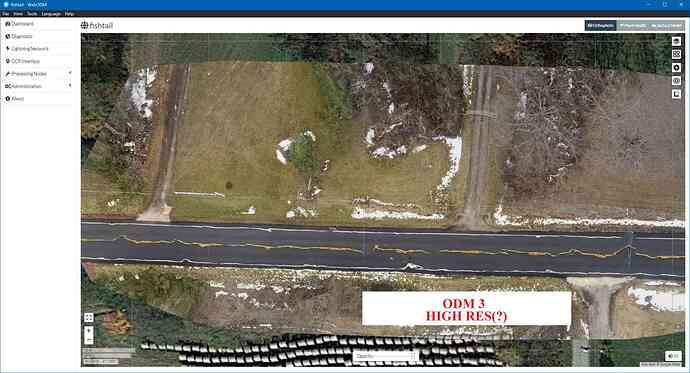 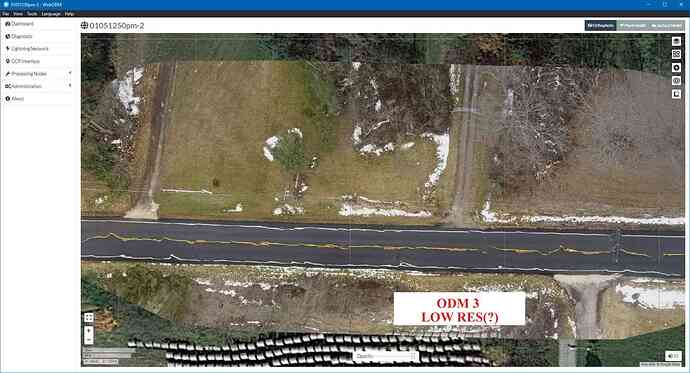 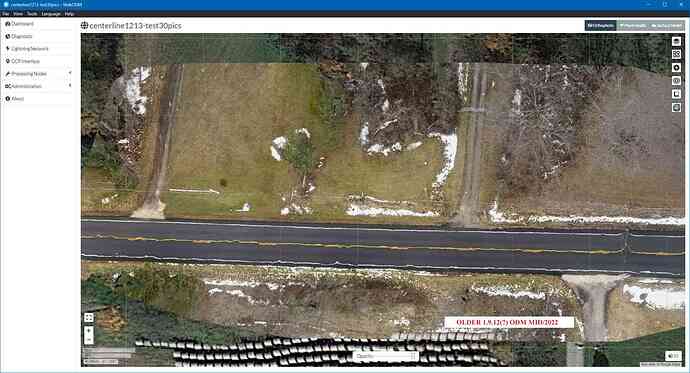 5 hours would be quick(compared to ODM 2), but 10 hours would approximate what ODM would have needed …

I have never experienced processing time, not in agreement with real before

Go to Diagnostic screen then back to your task, and the time should be corrected.

It looks like you are getting poor reconstruction and likely need to not resize images, and bump up feature-quality and min-num-features.

I do not re-size photos. Tried it once or twice …

I am now running the same 2226 photos from the same file, in a new project on WebODM3. I removed extra oblique photos of tree trunks, and using default settings(default quality).

Same computer, but now running from a 2TB HD(about 1.5TB available), and I am in the 23rd hour of processing. Reported processing was mismatch by 2 hrs, a few hours after beginning, and is presently mismatched by 10 hours(WebODM is reporting 33-1/2 hours).

The gauge indicator is showing about 22 percent completed.

Have you checked if the “default” settings has changed?

We now enforce --pc-geometric and that can add some processing time/load.

Possibly to the point of tripling the required time? What I read about pc-geometrics, seems like my computer might no longer be able to compute my previous level of projects.

Does “enforcing”, pc-geometric, mean requiring an actual choice to use it or not?

I have never considered changing any default settings, excepting the precision.

It shouldn’t triple the time, but it potentially could if you run short on RAM and you need to lean on page/swap.

Enforcing it means it is no longer an option folks can choose from the GUI and is always on since it leads to vastly improved pointcloud quality and reconstruction.

Learn what settings works best for you.

I use Hahog as it’s nearly as good as Sift but a lot faster… nearly as fast as ORB. And I would suggest flann so you don’t match every image to every other image because that can take a lot of time.

What about the difference between clear/open land, mature Treed land, and first or secondary growth(which is often “scrubby”? Would WebODM3 have numerous problems with “willowy”, always blowing immature wet area growth?

Along with forcing pc-geometrics, would clearly marked ground control “markers”, or even a substantial number of undetermined/randomly placed “markers”, help produce final products in shorter time?

Then run flights of the specific areas of needed data(at 100’-200’), with all the same “markers”. This(maybe), would allow me to “skip”, that huge 50% area(of wet scrubby constantly moving, willowy limbed immature trees. which offers virtually nothing worthwhile that a higher flight would not have gathered.