Hello everyone,
I’m not sure if this is the post to ask this question, but here goes. I have a potential customer that needs to create 3d models and orthomosaic images of shoots, bins and areas inside mining plants. They are looking to measure and recorde the wear of the liners (walls) inside these areas.

Thank you in advance for any help and ideas

Hmm. You may want to look around for some specialised Structure from Motion programs. ODM is an amazing piece of open-source tech, but it’s strength is not modeling without gps.

There’s a billion and one software packages that use enhanced Structure from Motion packages. If you want a direction to be pointed in feel free to message me.

But I’d need to know what level of detail/deliverables you’re trying to output for your client.

But a quick Google search will provide you with plenty of options.

OpenDroneMap is pretty darn good at modeling without GPS. The trick is to use the Brown-Conrady camera, and as you say, adequate coverage (though continuous photos are not necessary). I have been doing a lot of testing since December on modeling smaller scale, non-referenced images, with great success. We’ll be doing indoor modeling by the end of second quarter, and I will share those results.

Since it sounds like they want repeatability, there will need to be some sort of ground control, and I think this could be the more challenging part of the project as it could require e.g. a surveyor or engineer to set that control, if it hasn’t already been done. My guess is, there’s already control set in the mines however. GCPs in OpenDroneMap are still a pain, however… .

I stand corrected! That looks pretty good. Last time I tried with odm was about two years ago.

Aha, yes. Much (everything?) has changed in 2 years, thanks in large part to good funders and great developers.

Scaling with structure from motion is interesting. You can get pretty fine scales. Here’s the uke in 1/4" contours: 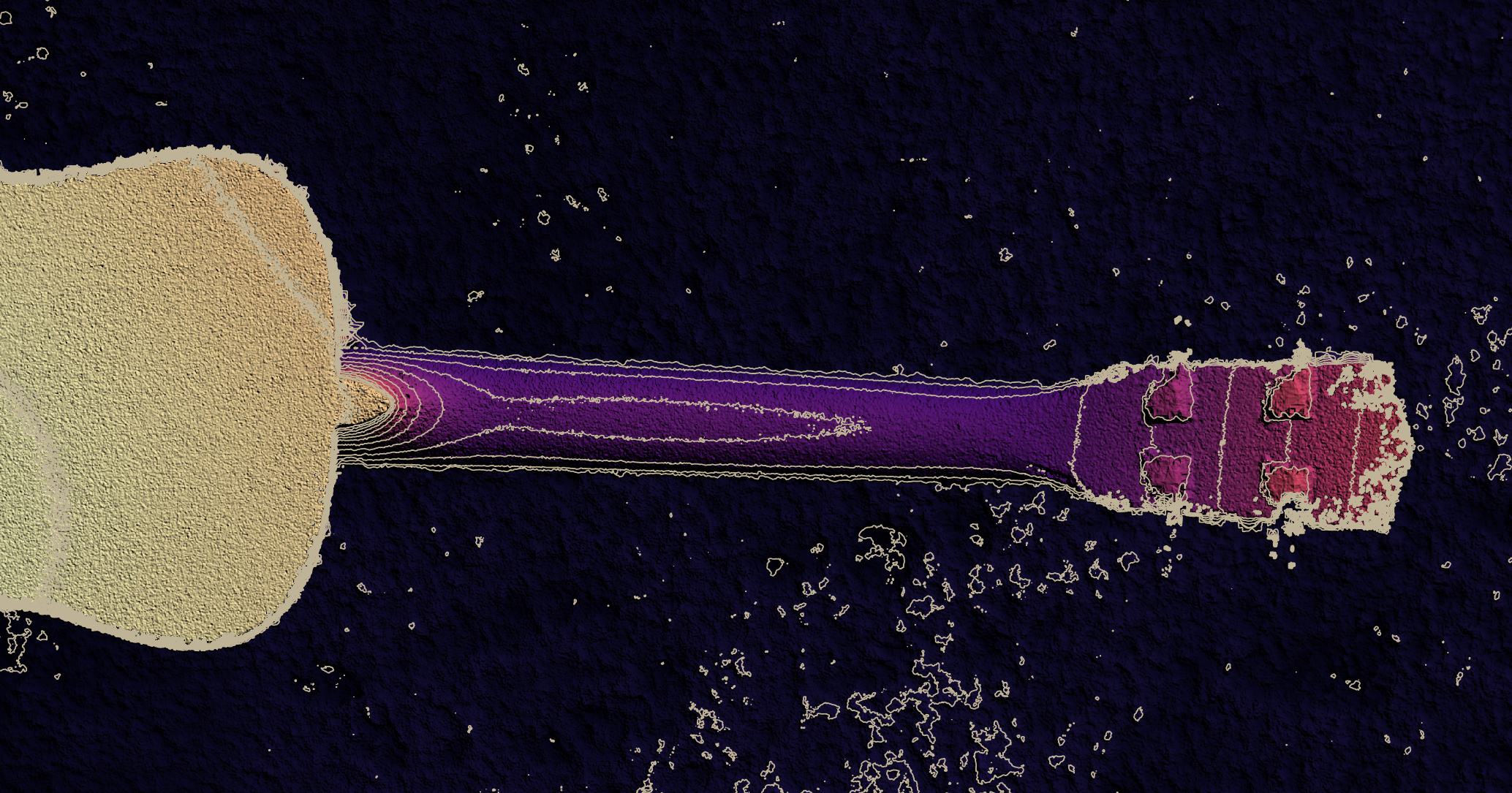 I’m currently rerunning at a lower resolution to reduce some noise. This is referenced using GCPs on non-GPSed data.

Thank you guys for the replies, the repeatability will be key. I’ll be one of the first in Australia to offer something like this, get the scale to 1/8" would be the higher end target and this will give me the competitive edge that my business would need. I have my first meeting with the clients in early Feb so I’ll have a more accurate understanding then. I’m going to test this with a mining haul truck tray, the data set was collected with a dji osmo+, what settings would be best for webodm.

I am not sure I’d recommend that as a sensor – as fixed a lens as you can is best, lest you have major lens calibration issues. Having zoom is cool but not helpful for most photogrammetry.

True, the osmo is for the real estate work I’m pushing into. I used it so I had to learn about exif and see how webodm worked without the gps data.

I finally got the data set to work, I’m very impressed with the quality of the work. Is there a way to increase the quality and how do I get the DSM & DTM images to appear. i have attached a link to the data set, LAZ and texture model.
Any help on how I can improve the work would be great.
https://drive.google.com/drive/folders/1aqzbtb_LpU7ctln86caXphkchuAxjKXz?usp=sharing! 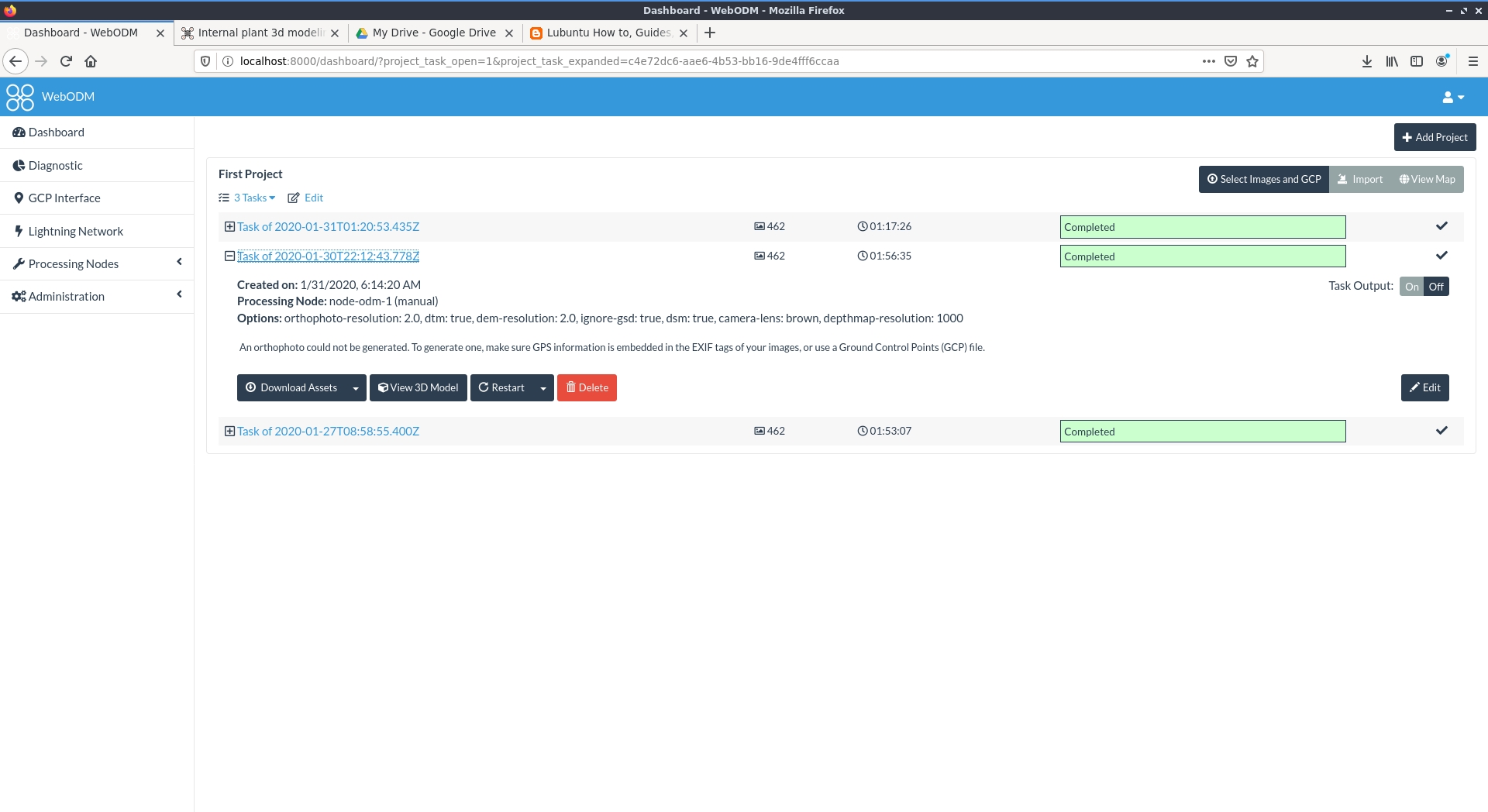 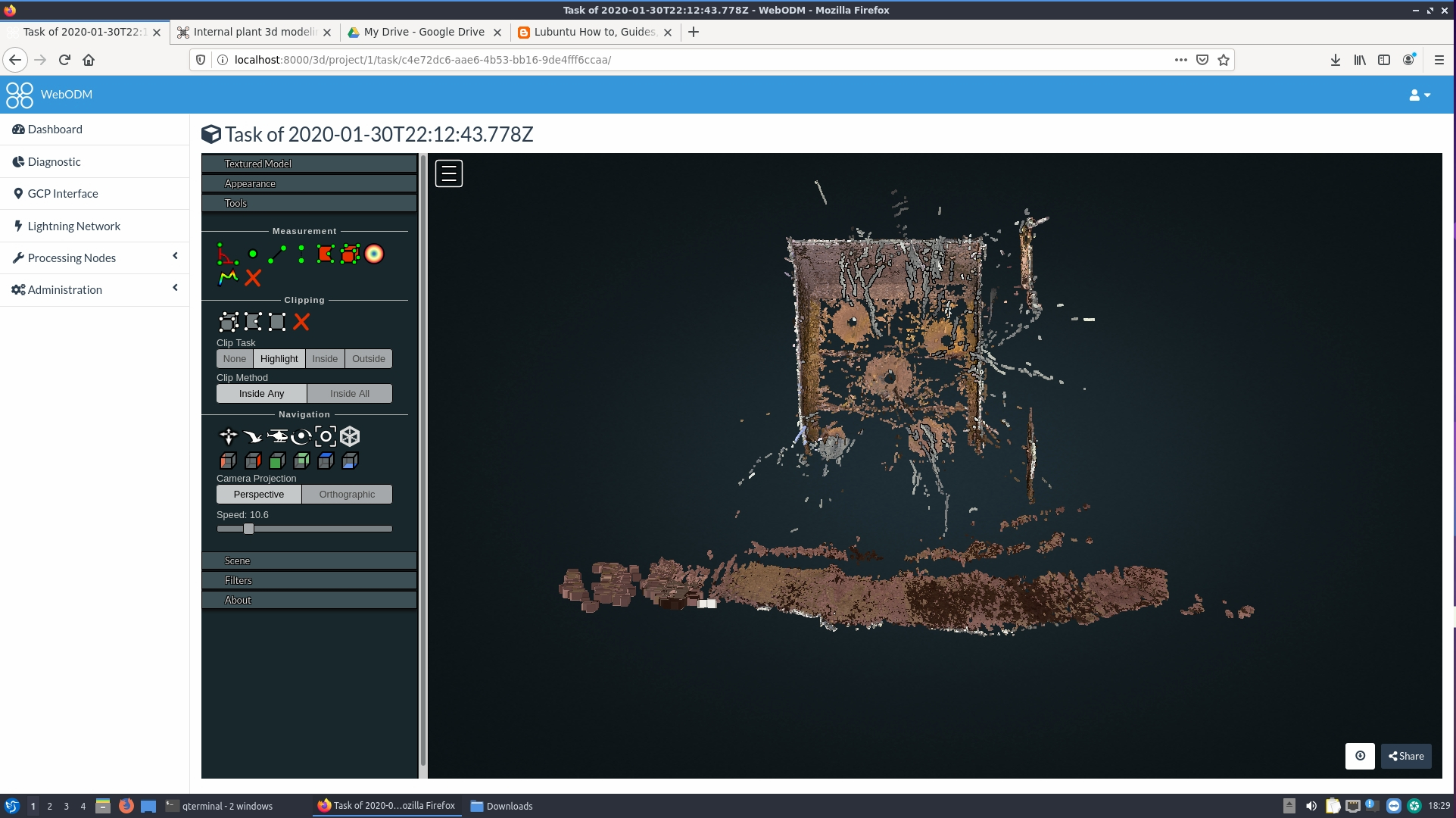 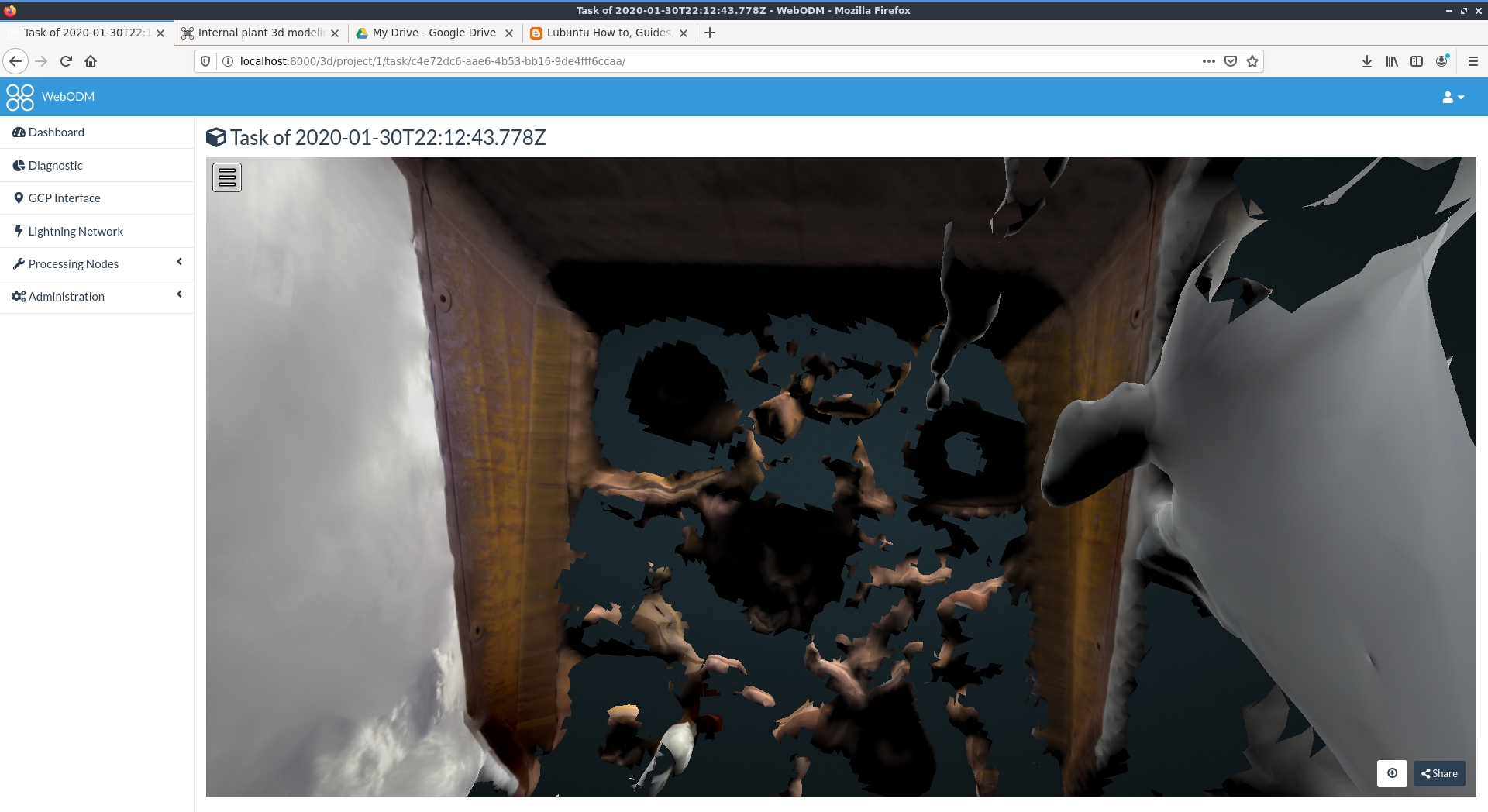 You need to have ground control or other geo data to get a dsm or dtm. Otherwise, there’s no way for it to determine scale or orientation. Once you have included GCPs, it will compute those.

Also, keep an eye on this bug: https://github.com/OpenDroneMap/ODM/issues/1065

I thought so, what information is need in the EXIF file. I used an android apo to get the gps data, will this be enough or am I missing data.