This is really in some ways a continuation of this topic First attempt at a 3D model - methane flue dataset but it’s locked so this is a new thread.

I’m wondering how important it is to mask areas of the input images that you don’t want to be considered for a 3D model. So for example for the flue that I’ve been using as a test case, the surrounding ground is really not of interest at all – really I only care about the fence and everything it encloses in images such as this which are typical: 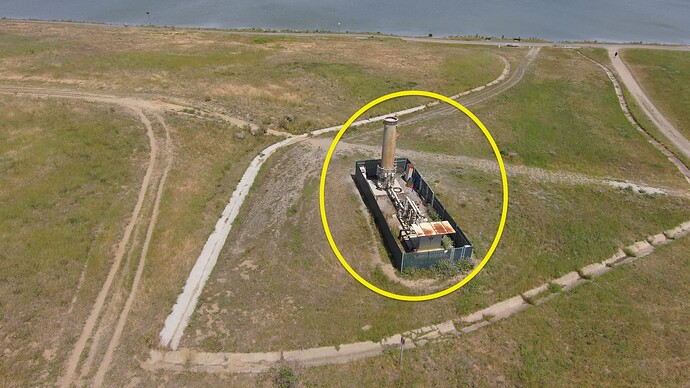 AFAIU the main way this would be accomplished is with _mask images which is straightforward in principle but quite a bit of additional effort. So I have a number questions to hopefully save me some rabbit-hole exploration:

One random thing I was thinking was whether having all these _mask files could be avoided, and the workflow simplified, by allowing a key color, something that doesn’t occur in the image (bright magenta perhaps), be considered the mask by the algorithm.

Here’s another specific question that comes to mind: Suppose you have this image 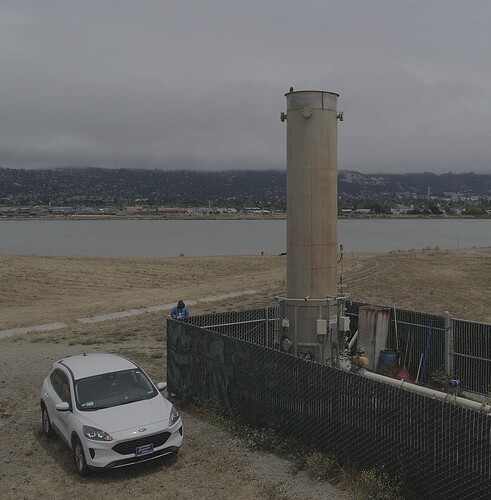 Obviously you don’t want background area behind the flue to be part of the reconstruction, but do you want to mask it very precisely to the edges of the actual flue or is it better to go a bit more inward, i.e.: 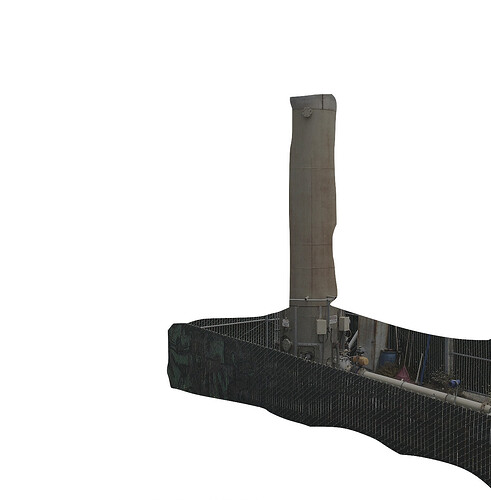 If you want to avoid masking, you can use the --boundary option:
https://docs.opendronemap.org/arguments/boundary/

This will clip all the results to the shape of the GeoJSON you pass to the --boundary option.

You can “matte” the images instead of making mask images and accomplish similar to a key color.

As for how close to mask, I would definitely not over-mask. Anything masked out will not be reconstructed, so it is better to have a bit of bleed/slop area, in my opinion. You can always trim/cleanup later, you can’t add back data that was thrown away.

Thanks for the pointers! Trying rembg first as that seems to be the laziest option. Not perfect but it’s doing remarkably well so far, e.g.: 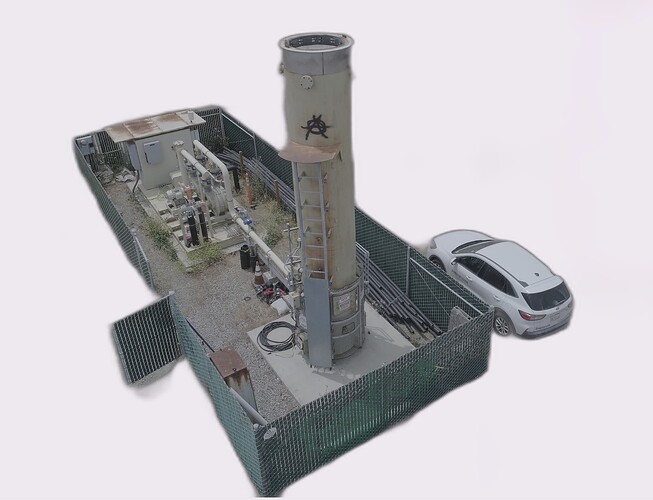 You can “matte” the images instead of making mask images

Is there any logical difference between the two in terms of resulting quality or processing time? If I matte the images, is there any particular color that is better, e.g., black or white? Or is all that matters that it be a solid color with no details?

I have not profiled matte vs masking, so I can’t say if one is faster or if the results are actually any different.

I used white on my matte, but I’m not entirely sure it matters provided there are no features.

MVS-texturing chokes on alpha channel transparency. Haven’t looked into why, but I’ve tried it with PNGs.