Just reporting some tests for CPUxGPU

A few days ago I was at the beach (summer in Brazil!) and collected some images. I was using a machine with Ubuntu 22.10 and ODM 3.0

Since I wanted to try the GPU acceleration, I had to use a machine with Ubuntu 22.04 (22.10 is not officially supported by NVIDIA).

So I rolled back my machine to 22.04 and installed NIVIDIA drivers and docker-nvidia. Everything working fine:

Ok, then I updated ODM/WebODM with GPU support and here I’d like to point that it would be really nice to have some better indication that we are using GPU. maybe show which docker image is being used? Maybe a flag?

Apart from that, I tested two datasets, one with 92 photos and one with 280 photos.

The one with 280 images took 1 hour without GPU and only 22 minutes with GPU. Nice! 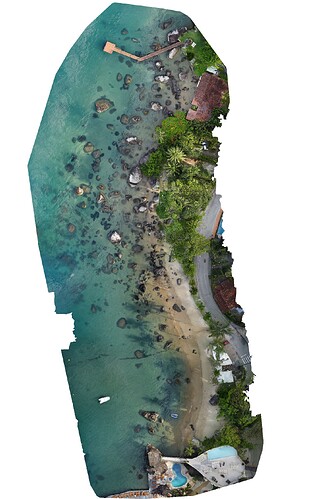 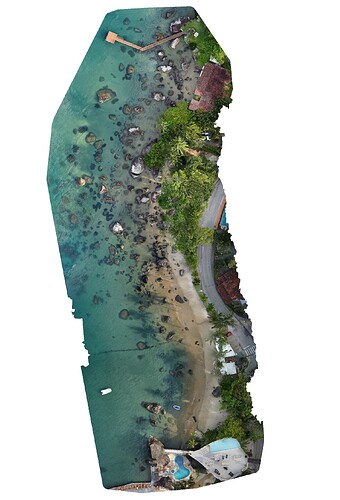 Still more tests to go, but I’m happy with the results so far!

I’ll leave the assets available in my Dropbox for a couple of months if someone is interested: 22.10 might have more kernel mitigations enabled for CPU Security flaws which can have pretty massive performance penalties.

As for GPU reconstruction area being smaller, it seems that GPU-based feature detection and matching, while many-fold faster, is a bit less robust.

I think of it like GPU-based video encoding engines. They are brutally fast, but they never match the compression ratio and perceptual quality of CPU-based compression, even after something like almost 20 years of common-place usage.

Please share 280 source photos. I want to test on my hardware how long my CPU needs to take.

sure. here it is: Dropbox - voos.zip - Simplify your life

Also available here: GeoNadir: Our Vision is to help protect the world's most at-risk ecosystems

Thanks. When I do the test, I will give the results and equipment. Best in the new year.

This is what I got - I’ve attached pictures.

Well, now I know where I want to go on my next vacation!