Currently working on a 2600 acre “pet project” that I started last year and finaly getting around to processing the data. The project consists of 17 overlapping Drone Deploy flight plans for a total of approximately 8700 photos. Flown at 400’ AGL. I am starting to process large chunks of adjoining flight plans to dial in the best settings before I kick off the whole enchilada. So it looks like the ortho portion is going well. However, I have noticed some anomalies between certain plans when the DTM does not mesh precisely in the vertical component where they are stitched together. In the two attached photos you can see the wall formed between the stitching. In this view there is about a 15 meter “cliff” formed between these two plans. On another plan there is about a 5 meter cliff between the stitching. Has anyone seen this type of anomaly in the past and am I overlooking something in the settings. Settings are below:

Thanks in advance and Merry Christmas. David

The DTM illustrating the “Cliff”. 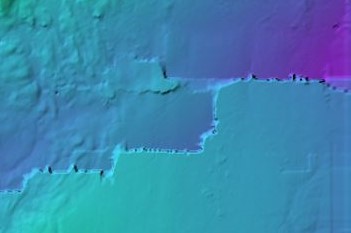 The contours with ortho. 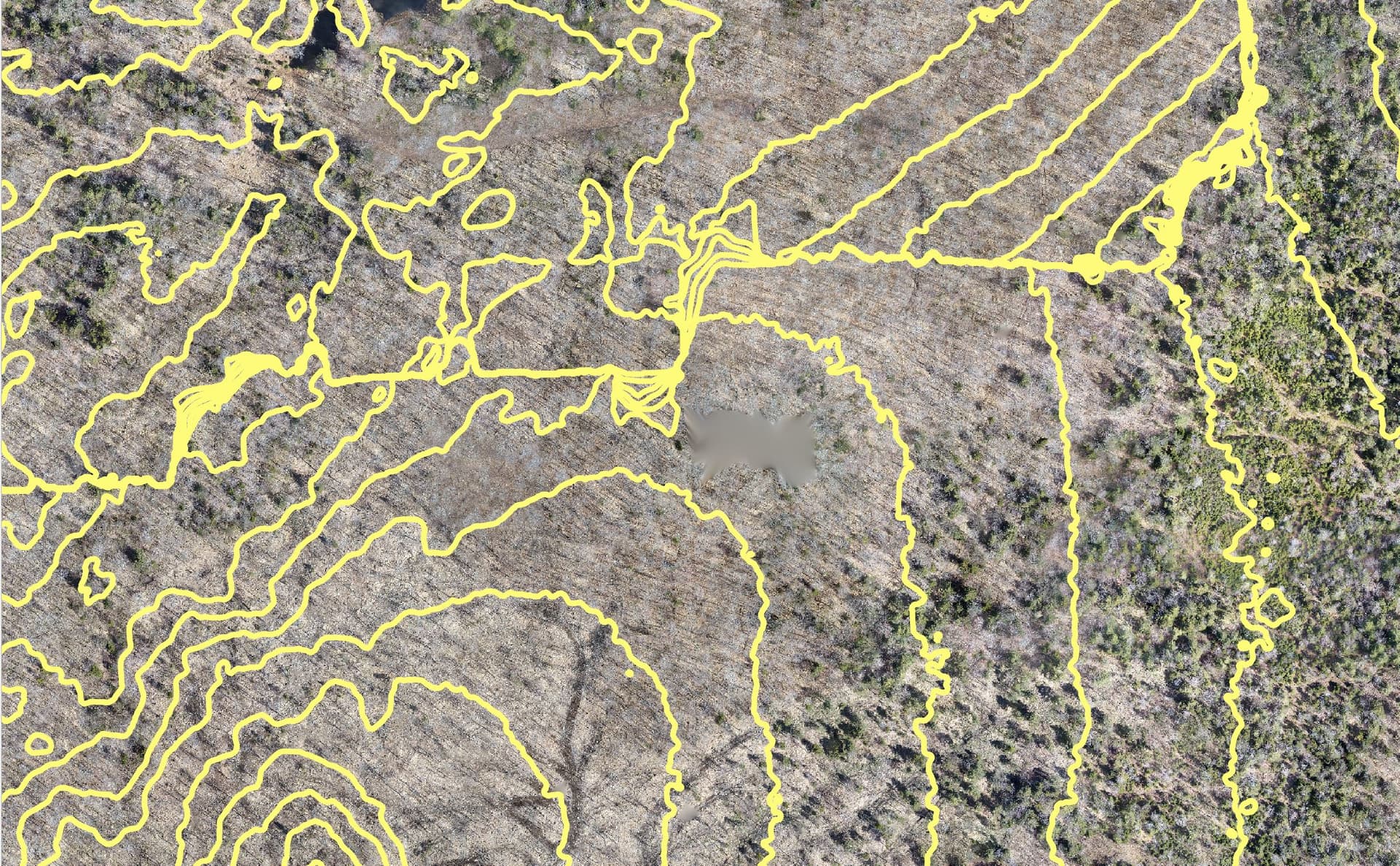 Yup! This is the wonders of GPS error writ large. Using a split merge approach handles this by doing a portion of the SfM portion of the tool chain with all the images to ensure that offsets between submodels (data subsets) are fixed at the global level, and then blending fixes the remaining smaller differences that may or may not remain.

But if you split out your own data subsets and then compare, the gps error from your drone could easily create this kind of artifact.

Thanks for that response. I’m going to try split-merge on the same dateset and see if that eliminates the issue.

No GCPs per segment/chunk, right? That may help keep GPS variability a bit more in check as well.

I have sparse (for 2600 acres 18 points) ground control that I have not integrated yet. I want to get a decent non-GCP solution first before I put that into the mix.

Has anyone seen this type of anomaly in the past?

Indeed I have, a number of times in sections of a 1400 Ha (3500acre) property (>23000 images) I imaged over 3 separate visits last year, with overlapping areas at different heights AGL, done to avoid image bowling.

I was successful in removing the elevation anomaly. Since there were over 20 separate flights on different days for this project the inaccuracy of the GPS vertical reared its ugly head between some of these flights. To eliminate the vertical mis-matches between flights I used the barometric altitude that is utilized by the Phantom 4 Pro to determine a more precise AGL (which was 400’ for all flights). I estimated the vertical elevation of each takeoff location (Drone Deploy always takes a ground shot with XYZ coordinates before liftoff) on Google Earth to get a close estimate and then added 400’ to that flights actual flight elevation and then used GeoSetter software to replace the GPS verticals for each photo in the flight with the new GPS vertical. You can see the result of the same area below where there no longer is the “cliff” effect in the DTM.

And I’m very interested in your smrf settings, what do they change?

Those settings were derived to remove contours being created in stands of coniferous trees. See this post where Mr. Smather shred his expertise and input. Check the post out here: