Building/Running ODM on Ubuntu 16.04 not working

Hi guys am I doing something wrong here?

I passed bash configure.sh reinstall and followed the Readme instructions to run ODM.

ODM is installed on removable media and ENVs are set to an empty directory (path to project) on the Desktop,

When I pass ./run.sh odm_data_aukerman (the data dir. with images folder is inside the Desktop projects path as a sub-directory) the Terminal tells me: bash: ./run.sh: Permission denied

If I add bash in front of the above command: ImportError: No module named ecto pops up. This error also popped up when I accidentally passed python run.py... on my version of Ubuntu.

What could be the problem?

Why did you run reinstall instead of install, did you have a previous version working at some point? Have you tried running sudo ./run.sh ?

Do you normally run on removable media? You may have to make sure that the user logged into the computer you are running from has permission to run run.sh

You can check permissions with ls -l

@Wes-Skeeter I had a previous version working. Passing sudo run.sh or bash run.sh the missing ecto error pops up.

@dakotabenjamin I normally don’t run on removable media, but even after copying the ODM folder to Desktop this common problem re-occurs: 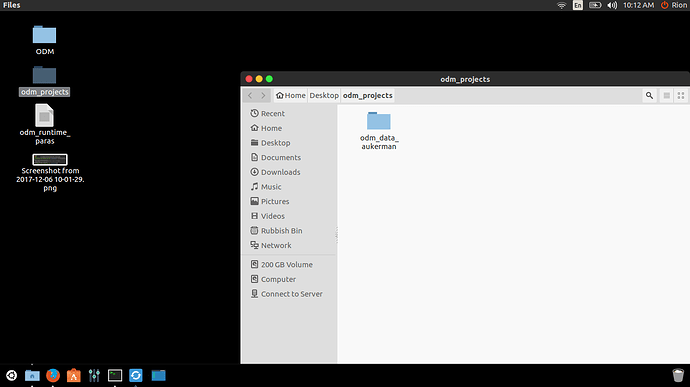 @dakotabenjamin something that might point you in the right direction towards a solution. When running bash configure.sh reinstall from Desktop I noticed this: 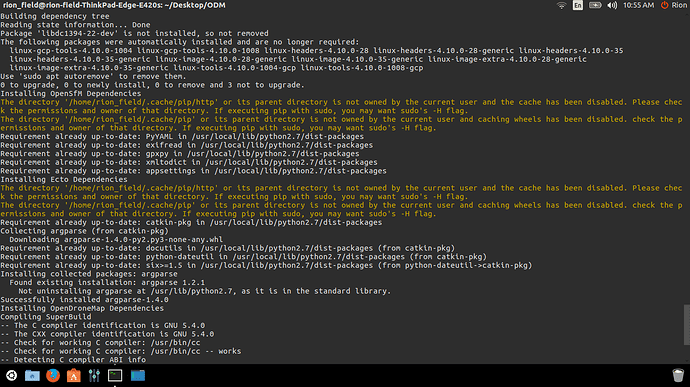 Is this possibly related to Issue #217?

I am taking this issue up again as I need to do some UAV work next week.

However, as before: ImportError: No module named ecto when performing the python run.

Our office bandwidth is low (~3Mbps download and ~2Mbps upload) and when passing: 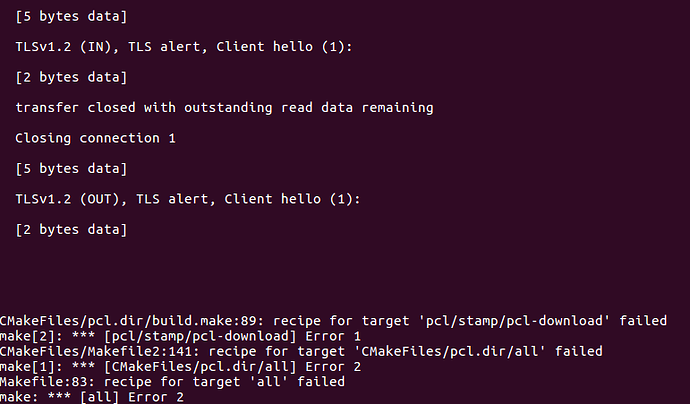 Shall I attempt a faster bandwidth line on my side with the install?

Safest thing to do is download this from the browser: https://github.com/PointCloudLibrary/pcl/archive/pcl-1.8.0.tar.gz

Finally, the script is running!

the latter run after I downloaded the latest PCL version in tar.gz format as specified above and added to ..Superbuild/downloads folder

Redid my settings.yaml file and ran with the project images in the project directory…viola!

I still suspect the issue was my slow bandwidth at the office.

Thanks for everyone’s help and patience…now Africa is back on track again.