Smathermather’s Weblog has some great insights into avoiding bowling effects when imaging over large areas, and with a recently completed job I incorporated some of the methods to minimise bowling.

The mission was to create a baseline ‘before’ image of a large (~1400Ha) property that is being re-forested, to bring it back to a state similar to how it was before clearing and decades of livestock grazing, as a Carbon farming project.

The land is situated in an ancient volcanic province, something like 15 million years old, so there are some very steep rugged areas, and lots of rocks spread over the surface- a big trip hazard! Volcanic rocks with high Iron content also played havoc with my Mavic 2 Pro’s compass in some areas, requiring moving around quite a bit to find launch sites with no magnetic interference. Strong winds interfered a bit, with flying abandoned for one afternoon after the drone became very unstable in strong gusty wind.

I used DJIFlight planner for planning, and Litchi for flying the flight plans. Because of the large range of elevation, I had to manually adjust way point altitudes, both to approximately maintain desired overlaps, and in some cases to avoid crashing into trees or the ground, as ground elevation varied by over 100m within individual FP areas. Legal maximum flight AGL is120m, and GSD of not much over 2cm was required, so launch site, overall flight height and way point heights had to be very carefully considered and set.

Issues during flying included eagles, hawks and kestrels coming in too close, although evasive action was only required a couple of times. Mostly they were just coming in for a look, and the almost always present Wedge-tailed Eagles appeared to accept the drone wasn’t a threat after a few close looks, keeping an eye on it from a distance. Bees were very active, with quite a few swarms flying around but a couple of times the drone was attacked by what we think were drone bees- smacking into the drone as I was landing.

Flight planning was a bit tricky due to difficulty of access for keeping the drone within view, with a limited number of farm tracks and large areas of tree cover. Much of the ground was covered in large rocks, massively added to by the bulldozer bringing up boulders when ripping lines for tree planting, with long grass and weeds often making the rocks hard to see.

I walked more than 60km over the 8 part or full days of drone operation, and my wife drove our old Hilux around with my battery charging system to ensure a ready supply of fully charged batteries, and for moving between widely separated flight plan areas when required.

Flight planning was a compromise taking into account a number of factors, being able to keep the drone in view was the main one, so FPs were generally 400-600m wide, so I could walk somewhere near the middle of that along a path of up to 1km long if drone visibility was going to be ok. However, not so long as to run out of battery! Flying speeds of 30-40km/hr were generally chosen to keep motion blur to a minimum, and shutter speeds were closely monitored during flights, with aperture and ISO adjustments made when necessary. Windy days had lower flying speeds to keep within power and gimbal limits, and reduce instability in gusts.

Ideally images would be taken with the drone stopped, but that wasn’t an option with such a large difficult area to be covered within a limited time frame.
Flying the same areas at different headings wasn’t an option due to time and budget constraints, so I aimed to have some variation in flight height AGL in FP overlap areas, with some FPs flown at different headings in the hope that it would be enough to prevent bowling. It seems to have worked!

Image locations from the Quality report, although 16% of this area did not end up in the ortho with the settings in this attempt in WebODM.
Testing how many images I can combine in WebODM, this is just under one third of the ~23000 full set of images, and includes the largest flattish area on the property.

The point cloud viewed side-on shows the relative ground elevations very well, with hills around a relatively flat sloping area in the middle, and no obvious bowling 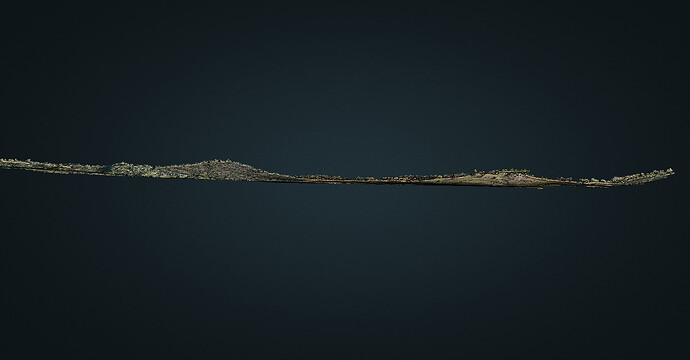 Wow! What a fun project!

On another part of the property I’ve managed to create an ortho from 3530 images, and again no obvious blowing of the result, so I suspect only the overlaps need differing headings and altitudes to remove the bowl very well. No GCPs were used in this job.
Looking edge-on from the eastern side at a large area of gently sloping ground

The over 1km long edge is at the lower right in the 3D image here. Local relief in this area is about 130metres, from the creek in the mid ground to the flat topped area in the background. 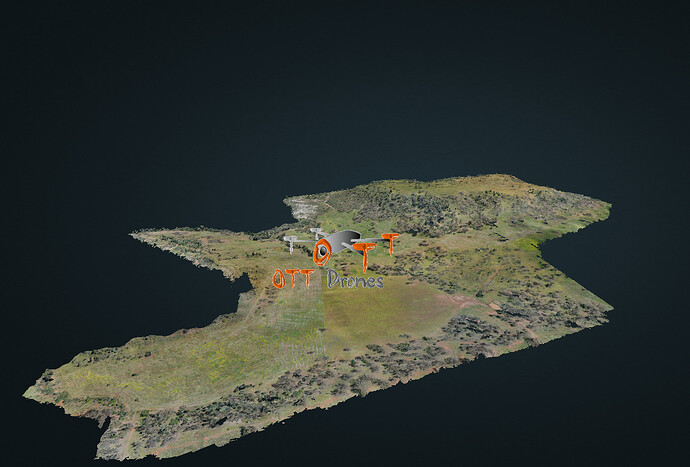 The camera lens residuals look pretty good! Actually this is a combo of images taken on different days with 2 different Mavic 2 Pro drones. 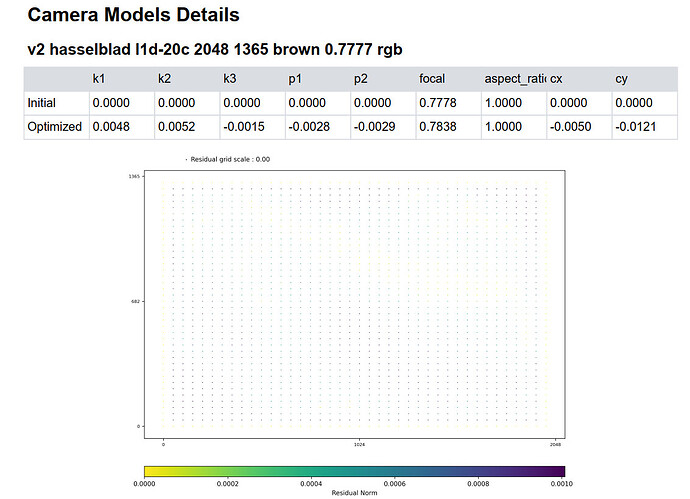 So as a test, I’ve used cameras.json from this task in an expanded area extending to the west, with a total of 8305 images, which I hope makes it to completion in a few days.

Found a page on this a while ago, very interesting.

Self Calibration of Cameras from Drone Flights

(Modified excerpt from the OpenDroneMap docs) Calibrating the Camera Camera calibration is a special challenge with commodity cameras. Temperature changes, vibrations, focus, and other factors can …

Yes, I’ve read through those very useful pages, mentioned in my first post, a number of times

Gordon, are you using ORB?

Apparently, it has like 0 reprojection error, and I’ve been finding that it removes camera residuals almost entirely from the datasets I’ve tested it against (SIFT/HAHOG).

Seems borne out in the literature, too. 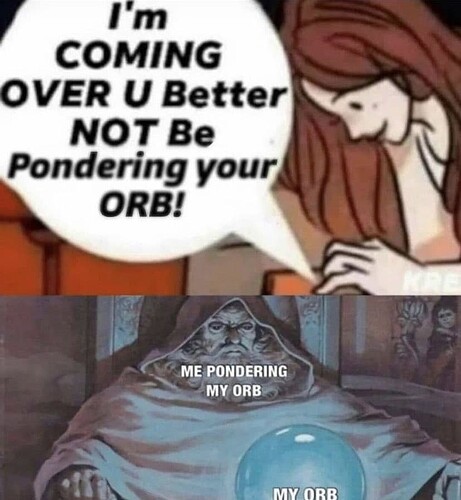 But it seams to have problems with very oblique images.

Yes, it’s ORB all the time for me now!

I noticed residuals improved significantly when changing from SIFT to ORB, particularly noticeable in the lower left corner on the residuals chart, which I assume corresponds to the upper left of the image as viewed, where the MP2 Hasselblad lens quality is very poor when the aperture is anywhere near fully open.

Regarding non-nadir images, I have a few of them in the set, but is there any easy way to discover which images are not included in the solution? It would be interesting to see if they are the non-nadir images.

I tried some photos taken with my phone, many angles. Sift did well but ORB not at all, the result from ORB was unusable.

So ORB has some cons.

I made a post about it and attached a link where they are compared, “ Sift, Surf or Orb?”

I have that comparison paper open in another tab, part way through it.

I took a few hundred images of the old house on this job with the M2P, almost all non-nadir, which stitched together quite well using SIFT, so I’ll run it again with ORB to see how it goes when I finish the current task.