Anomalies in Base Map imagery under Orthophotos and Surface Models

Two things to mention for awareness of some users of WebODM.

First, I wondered why my recent orthophoto, processed with seven GCPs, looked slightly “different” when seen overlaid on Google Maps Hybrid or on ESRI Satellite. After sliding the Opacity control back and forth, I was more than satisfied with the utility of the orthophoto and surface model for most of my clients/customers. It was fascinating to look very closely at the edges of buildings, and to see the impact of shadows from the many tall trees at the times when those satellite images were recorded.

Then I noticed the unusual appearance of some areas of the satellite imagery. Look closely at the examples below, from 100% to 0% opacity with Google Maps Hybrid, and again with ESRI Satellite. Note the edges of the buildings, the building distortions (very evident in Google Maps Hybrid), and the loss of clarity in the satellite imagery because of shadows. I did not see obvious distortions in other areas of this project’s geographical scope. 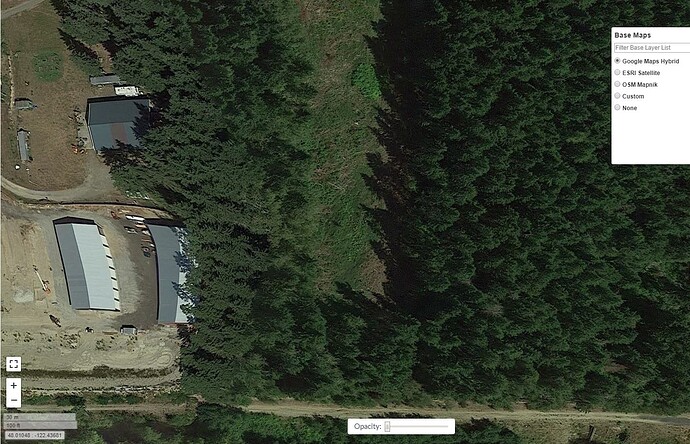 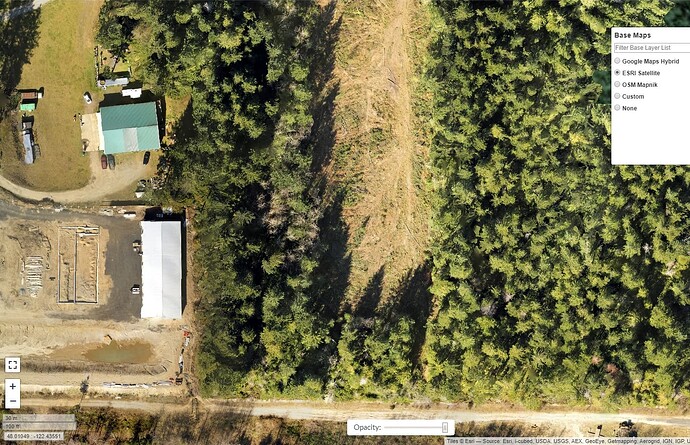 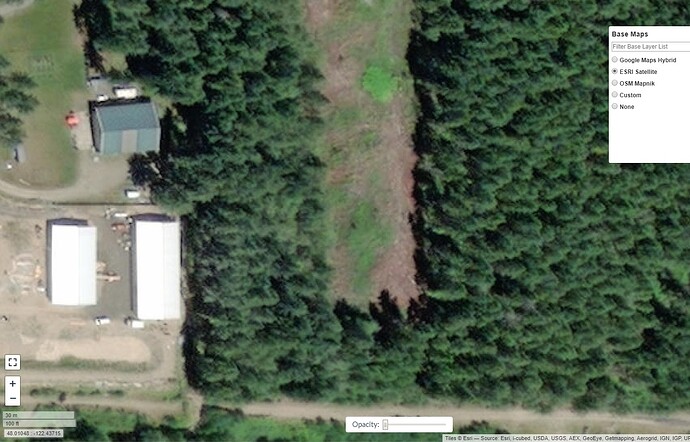 The differences may be more apparent in the following brief videos.

Here is a link to a short video as I moved the Opacity control when using Google Maps Hybrid.

Here is a link to a video when using ESRI Satellite imagery.

Yep! The point of most global coverage basemaps is just to be there, so accuracy and precision and error correction are pretty low priority.

That’s the main reason I caution people against treating them as truth data.

Those are pretty funky, though!

I keep locations of fun errors like that, haha